USAT Inc. operates as an incubator for novel and ethical technologies, providing both scientific and commercial expertise to the inventor. Inventors are able to securely store their intellectual property (IP) in USAT Inc.’s blockchain-enabled IP Vault. Then, they have the option to submit their IP for scientific and commercial evaluation. If the IP passes this evaluation and is an ethical technology, the idea is patented and either purchased by USAT Inc. or is developed and commercialised on behalf of the inventor. Products are then taken to market or structured within an incorporated body and presented for acquisition. USAT Inc. is the brainchild of a consortium of scientists known at the Australian Institute of High Energetic Materials (AIHEM). During its 10 years of operation, this association of over 300 world-renowned scientists engage with each other via AIHEM conferences, symposia, publications etc., cross examining and assisting the development of breakthrough technologies. 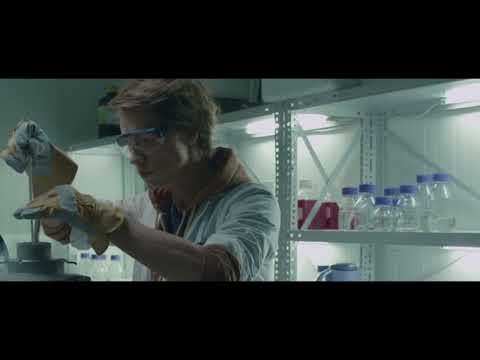 USAT Inc. is currently fundraising through the sale of a utility token called the USAT Inc. token. This funding is not essential to the success of the operation, but will fast-track the creation and implementation of the blockchain-enabled IP Vault for storage and processing of IP, as well accelerating the rate of development of USAT Inc.’s currently held IP. The USAT Token provides access to the platform and its services and is also the currency of the platform. The USAT Inc. tokens must be continuously purchased from the secondary market exchange to gain access to the organisation’s services, including product purchases (at a rate of 15% of the total cost made in secondary market USAT Tokens). In addition to the platform’s services, USAT Tokens provide the holder with a range of rating and voting functions, depending on the role of the token holder. USAT Tokens are created at a limited supply, with all unsold and repurchased (USAT Inc. repurchases USAT Tokens biannually) USAT Tokens placed in cold storage via a vesting contract.

Several technologies have already been purchased by USAT Inc. and are at various stages of commercialisation. Furthest along is USAT Inc.’s flagship project, solar-wind technology: an efficient and affordable renewable energy system, which is currently protected by 3 separate patents. This technology has proven to be cheaper and more reliable than its market competitors and as such is intended to enter the market as a superior alternative to large commercial and industrial size renewable energy systems. Several customers have initiated the process of deployment of this technology, ranging from a vast array of industries and locations around the globe.

USAT Inc. aims to be the innovative solution to the IP commercialisation problem. Its core values focus on protecting the inventor’s rights, whilst providing them with a path to market, prioritising ethical technologies which are likely have positive impact locally and internationally. USAT Inc. has a strong humanitarian commitment, providing educational opportunities to the next generation of innovators. Its humanitarian branch will be officially formed in 2020.

USAT Inc. is well positioned to introduce new highly competitive and disruptive technologies into emerging markets. With its current flagship product, solar-wind technology, USAT Inc. is introducing a technology which is likely to displace a significant portion of industrial size renewable energy facilities (for example, solar farms and wind generators) due to its superior performance, fast deployment, and significantly lower CAPEX. Current IBIS World statistics indicate an annual growth of 10.8% in the renewable energy sector over the past five years in Australia, with similar growth figures experienced globally. These growth rates are predicted to increase over the coming decade as most economies are seeking to minimise the deployment of new non-renewable facilities in favour of renewable ones, despite the fact that current renewable energy products have not been refined to the point where they no longer need government incentives and subsidies to compete with non-renewables. USAT Inc. has conveniently placed itself to take full advantage of this enormous emerging market by providing the first sustainable renewable energy solution which does not need government subsidies to compete against non-renewables, operating at the extremely low cost of US$27 per megawatt hour. This makes it cheaper than all other energy systems on the market, renewable and non-renewable. As more solar-wind farm facilities are built around the world, larger industrial and government contracts are anticipated to commence before the first quarter of 2020 (negotiations via USAT Inc.’s strategic partners already underway in Saudi Arabia, Poland, USA, Australia, and Haiti).

The second USAT Inc. product scheduled for commercialisation is the ScienSmart Calorimeter, which will enter into the emerging health and fitness industry. The ScienSmart Calorimeter is a significantly more accurate version of the type of existing calorie measuring technology that underpins equipment such as Fitbit. The market has proven to be highly competitive, dominated by several large market players, all seeking to get a competitive edge over its rivals in to capture additional portion of the market. According to Forbes, “the first quarter of 2015 saw a 200% jump in wearable device sales from last year, and shipments are expected to triple from 21 million devices sold globally in 2014 to 144 million in 2018”. The ScienSmart Calorimeter has already completed all stages of evaluation, including proof of concept and prototype, and is ready for commercialisation, pending additional funding. This patented technology calibrates to an individual’s body and uses data from the individual to provide the exact calorie output to any smart phone (accounting for age, metabolic rate, activity levels, health conditions etc). In contrast, existing technology only estimates the calorie output based on heartbeat and the input of arbitrary factors such as age and weight. USAT Inc.’s ScienSmart Calorimeter is the key to the competitive edge in the market and promotion of the technology should highlight its high accuracy and how this translates to giving the company that purchases it the competitive edge. USAT Inc. has scheduled the product to be ready and available for purchase via acquisition in the fourth quarter of 2019.

An excellent and very necessary concept. It's great that the company already has a ready investment pipeline.

Completion of the IP pre-selection.

Acquisition of the IP.

Launch of the web-site.

Pre-launch of the ICO.

IP Platform database in Alpha phase and being UX development

End of the ICO.

Allocation of the USAT Tokens.