The world’s first rocket and space technology to produce fuel by using fuel oil residues from refineries offered by Anatoly Papusha, the Academician of the Russian Academy of Natural Sciences who developed the Buran program Papusha Rocket ICO - is the latest technology to destroy oil refineries residues around the world. Instead of destroying flora and fauna, refineries get gasoline and diesel fuel for selling. PRT ICO produces small-capacity oil refining units to process black oil fuel and produce liquid fuel by using the transonic combustion technology. Every day refineries worldwide generate 1.35 million tons of residues. Depending on its capacity, one PRT-2 unit processes 30-90 tons of wastes per day. The market requires dozens of thousands of PRT-2 units. 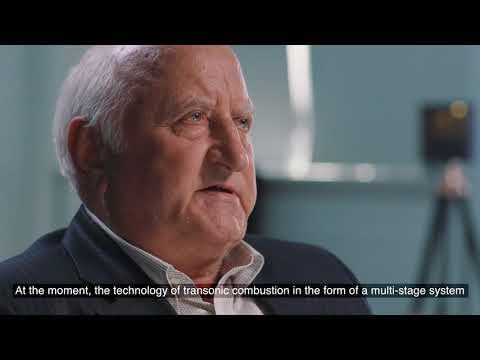 Anatoly I. Papusha ​is a world-famous scientist, Professor, Doctor of Technical Sciences, Laureate of the State Prize of the USSR.

In the 1980s the most powerful rocket engine in the world was created for the Soviet Buran space program. To test this rocket engine, as a member of the group of scientists A.I. Papusha created the world’s largest combustion chamber - carbon monoxide afterburner (CO).

The created rocket engine in the exhaust gases of the jet stream contains 1,000 kg of carbon monoxide per second. For 180 seconds, it throws out the amount of carbon monoxide that is equal to the emissions of all Moscow vehicles during a day. To entirely burn carbon monoxide, for the first time A.I. Papusha applied a new type of multi-stage transonic combustion (speed ~ 1,000 m/s) with an extremely high additional input of water and oxygen. This made it possible to achieve a thousand-fold reduction in the emission of carbon monoxide from 1,000 down to 1 kg/sec.

For this development A.I.Papusha was awarded with the State Prize of the USSR.

This technology has a wide range of applications. The main one is related to processing oil residues and producing liquid fuel (diesel, kerosene, and gasoline).

The main part of the project development is completed. A.I. Papusha registered a patent for its use. ​Mass adoption of the technology that can globally help the ecology of the planet requires support of the world community.

A petrochemical technological start-up that suddenly intruded into IT ico world. The team, whitepaper etc don’t fit; no proper competitive analysis or business planning. Presently even ico suitable projects encounter problems to fundraise. I would suggest this project to deal with proper VCs to reach their targets. Tokenization here can only do harm.

Vladimir DavydenkoICO team member replied on 24 Aug 2018
Thank you for your personal opinion!
Our project is from the real sphere of business, this is true. Our team has one of the best scientists in Russia, experts who have received recognition in Russian and abroad. All of them fully engaged in the product development. If you want to know more about the author of our project you can make inquiries in Rosatom company. They can perfectly explain who he is. It difficult to imagine the better team than ours. Lets speak about business planning and competitors. If you study our documents in detail, you will find analysis and comparison with competitors (hydrocracking and catalytic cracking) and we have a separate document on business planning: https://papusha.io/files/Plan-EN.pdf)
We have already achieved certain successes with venture funds. ICO allows us to enter the world markets and declare ourselves with the least expenditure. IPO is too expensive, as you know, and not just only for us. We think that your opinion is unreasonably understated, but anyway, thank you for the feedback, we will make efforts and try to be better!

"Anatoly I. Papusha ​is a world-famous scientist, Professor, Doctor of Technical Sciences, Laureate of the State Prize of the USSR."

The world’s first rocket and space technology to produce fuel by using fuel oil residues from refineries offered by Anatoly Papusha, the Academician of the Russian Academy of Natural Sciences who developed the Buran program Papusha Rocket ICO , whoa this is definy differ t nice to see an ico that is t a copy of another one .
Hope the see them succeed.

The vision and mission of Papusha is unique and is dedicated towards to betterment of the planet. The KYC has been completed. Given that the platform has hired some of the most experienced team members and patented technology will win over most investors. I wish the team good luck with their pursuit.

ICO's are generally done by and for IT companies. This is a petrochemical company trying to raise funds through an ICO.
Does this mean they were unsuccessful with 'normal' VC investors? Why is a token needed in this project? What is the added benefit of tokenization here?


EDIT: The comment below from the team doesnt inspire any trust or confidence. They attack the messenger with non-arguments instead of really answering my tough questions. They go right away on the attack about other ICO's not using their tokens or not making profit, which feels like inventing strawman to get away from difficult questions. Also, they seem to downvote all the reviews that are asking these hard questions that they dont have an answer on. Even more red flags are waving now! I would stay far away from this.

Please don't run an ICO if your project doesn't require blockchain. The cryptocurrencies sold to investors with this ICO doesn't seem to have any value afterwards. What the team requires is just regular funding instead. Very negative -

Team is not related with blockchain at all. Negative -

Whitepaper and website design are very poorly done. In my opinion, this indicates how serious the team is. Negative -

I don't have much knowledge about the project, so I will stay neutral to product idea. Neutral +/-

They say there is an MVP but what I saw was a 12 seconds video of the same thing happening. Maybe I didn't understand as I have neither the knowledge nor the experience in this field. Neutral +/-

ICO terms are OK. Selling 75% of tokens to contributors. Positive +

Hype is good. 16k on telegram and 11k on twitter (might be due to an airdrop campaign). Positive +

In overall, I didn't like the project and will stay away from it. I hope the team will read my comments and will try to cover for the weak points. Good luck!

Vladimir DavydenkoICO team member replied on 1 Sep 2018
Dear Mr. Gem Goksel Ozargun, thank you for your comment. We use blockchain to make fundraising decentralized, our token will have value and we use company profit to provide it. This scheme of work is unique and no one used it before, probably that is what causes some lack of understanding.
We are not specialists in blockchain but we are good businessmen, which is more important. We will get funds from different sources – from venture funds and from ordinary people.
You are right there is no information about business planning in the white paper but
there is a self-contained document about it.
To have better understanding of how our MVP works one should learn more about the project or ask for more details in our telegram group. We are surprised that we still haven’t received any questions from experts :) we are ready for dialogue. Are you?

Papusha Rocket Technology project looks very impressive. Team has great skillset and passion about product, which is clearly visible.
The work of Mr. Papusha has been recognised and patents have been displayed with requisite information in Whitepaper. Tokenomics looks good and utilisation of funds is quite clear and simple.
Telegram and other social platforms depicts good social engagement and community management. All team members are readily accessible.
The Whitepaper speaks clearly of financial, in brief, and technical aspects of project.

Overall, The project looks very promising. I wish the team all the very best!

Founder at You and Me Capital

Beginning of scientific calculations on processing oil products
Tessting completed successfully, further development and improvement of the technology
Testing the technology at the base stand in Dolgoprudny

Completion of calculations, systematization of the obtained results
Preparing a business plan, searching for partners

Forming a team, registration of technical documentation
Developing a smart contract and a token economy

Marketing campaign
Carrying out a private sales round

Launch of mass production of PRT-2 units, first sales
Development of modules for processing of brown coal
Work on adapting and implementing a gas generator that provides cheap electricity for mining