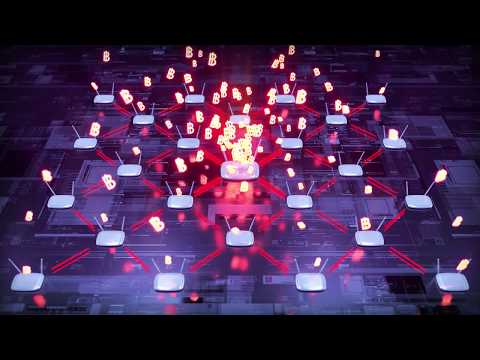 The Internet is important for a huge variety of reasons, and it affects and facilitates nearly every aspect of modern life. A view in society has evolved MISSION that Internet access is one of the civil rights of a person. The United Nations Human Rights Council adopted a resolution that condemns any state blocking or restricting access to the Internet for its citizens. At the same time, a greater part of the world population of over 7,6 billion people still have no access to the Internet. In most cases, those who have it must pay for it.

The monthly cost of residential internet with a connection speed of 10 Mb/s in different countries varies from $3.40 to $197.70. An average monthly subscription fee in the world is about $30. If the Internet is considered to meet a basic human need, everyone should have an opportunity for Internet access whether it is paid or for free. According to the United Nations in 2016, there are over 800 million people below the poverty line (under $1.90 per capita a day). This is over 10% of the world population. The wealthiest and the middle class account for 24%. For 76% of the world population the monthly cost of the Internet is a substantial amount. And it goes without saying that almost everyone would welcome some additional sources of revenue.

I dont think is "amazing", sorry but this vision is real different then my BC vision.

And i dont found a working alpha, i redo my rate if i found, in github i found web and smart, and a java joke.

World Wi-FiICO team member replied on 15 Mar 2018
Hi! You can already sing up for a beta test of our platform via a link: https://docs.google.com/forms/d/e/1FAIpQLSf8AnKtbDx5hX1UqJgjGYEJASUKBwha3hDwXt95313JXBrc9w/viewform

Team is good vision is perfect best of luck team

World Wi-FiICO team member replied on 15 Mar 2018
Thank you so much! You can also join our official chat and talk with the team members:)

The idea of this is a great one, fairly simple but effective. There is a good team leading it, and they seem to have solutions to questions raised by others. Keep up the good work!

Solid concept and vision. The team's ability to execute and make this project a success is a question mark.

World Wi-FiICO team member replied on 15 Mar 2018
Thank you!
We want to ensure you that our team consists of the best specialists! For example our CEO Ilya Yashin is the expert in the IT integration sphere, digital economy and blockchain technology. The co-founder of two actively developing Adrenta and Radius Wi-fi services. He participated in the creation of the IT integrator in Moscow.
To add - Larry Cameron, our Technical Information Security Officer demonstrated skills in working with Data Centers, Systems Architecture, Management, Support and Cyber Security!

You can talk with our team members via our official telegram chat @world_wifi :)

I believe that not only Elon Mask be sure that internet over the world can and have to be free for humans. Now WordWiFi makes this dream come true! Let's internet be free!...

I'm optimistic about this project

Vlad Skakun
Co-Founder and CFO at CryptoDiffer | Investor| Marketing Specialist| Senior Analyst at Venture Fund
Rated on Mar 26, 2018
4
5
4
2%
This rating's weight is reduced by 50% as there is no review added.

Strong advisory board, but I am not sure about executive team. Let's put 5

Very good concept but it seems to be hard to bring to life...
Besides I'm not sure about blockchain and tokens. For what?

Interesting project but would want to see a working product and how effecitve this will be.

World Wi-FiICO team member replied on 15 Mar 2018
Thank you:) We will change the world:)

Solid project, it demonstrates efficacy and real use cases.

The vision is compelling and unique.

Solid international team behind the project.
kyc and linkedin passed.

There are already many ICOs with the same idea, but so far everybody fails to reach even first steps. Hope this project will be an exception.
The vision is nice but hardly executable. Following that, I didnt find people in the team who have worked with such a big scale products.

Great idea but and a somewhat experienced team. Still I miss a figure I could put my full trust and belief in. Also I couldn't find anything like an MVP.

Good move to take the down-side risk of BTC and ETH to make the proposition more attractive to investors.

In some jurisdictions I can imagine that established internet providers will fight to keep this away from their customers.

This is no recommendation or investment advice. You are likely to lose your money when investing in ICOs or crypto.

The project is amazing and it may solve a real problem across the world.
Internet provider may not be so happy seeing the reduction of customers.
The vision is clear and definitely wide, but Wi-fi and many parameters vary from region to region, so it will be quite an effort to get through it.
The team is young and international, but they will need to catch the attention

World Wi-FiICO team member replied on 15 Mar 2018
Thank you!
We are very pleased that our project is supported in all parts of the world and we promise we will change the whole world!

They have a decent team. But ICOs and everyone in general need to understand that Ads are not a viable means of paying for expensive services. Ad CPMs have become so cheap in the past few years.

Also, the idea that residential routers can be used for multiple new internet sessions is a silly notion. The range on residential routers is not good. And the minute one of the new users decides to use up a ton of bandwidth, that will ruin the internet experience for the rest of the users and the router owner.

Team
Thierry De Gorter
LinkedIn profile shows Princeton University where as he did a Coursera course delivered by Princeton professor. What a dubious
Yagub Rahimov is from the worldwide WiFi marketing provider. No prominent achievements of the founder and co-founder before the launch of WorldWifi

The product and Vision
in the 1990S We had a free dial-up internet service provider called Netzero who revenue model was an advertisement. They went belly up.﻿ Secondly, Their revenue model doesn't stand as there is nothing that stops the Wi-fi router owner to share and collect the revenue from their neighborhood. Why they would need a Ad service to generate revenue?

Nice project, I believe that blockchain could really be a plus with it!

Anders Larsson
Investor and consultant. Built technology used by billions of people.
Rated on May 16, 2018
4
4
3
2%

I'm sorry not to share everyone's enthusiasm about this particular project, but that is only because there are plenty of product and vision related concerns, which were not addressed in any of WorldWifi promo materials.

Although I like the idea, been it properly implemented. And I also have a huge trust in the team. So it feels safe to rise my concerns now, when you already secured your Soft Cap.

0. A worldwide system of _Open_ WiFis with an option to force active content on user (e.g. video or dynamic ads), ran by amateurs is a wet hacker's dream. And not the guys from the White Hat, you know, but some way less morally enlightened hackers. And I find see a word about the approach to user protection measures in the WP (no phone ID, please, we all know how easy is it to get a burner phone).
In many countries (like Germany, Japan or US) such behavior as sharing inadequately protected WiFi may be considered criminally irresponsible and already caused according legal cases.

1. Owner will take charges for any abuse of it's network (copyrights infringement, terrorist's communication, prohibited material... you name it). And it is quite a complicated question with many jurisdiction determined differences: how you will ensure proper identification protocol to claim no responsibility for the router's owner. Not addressed as well. And even that I know, that you run the HotSpot company Radius, the question is still on. The personal liability and the ability to mitigate risks for a residential routed owner is vastly different from any corporate ones.

2. What about the extra application router owner has to install? It doesn't look like an open source project or just independently reviewed for safety app. And looks like it has to run permanently to operate you wifi hotspot. That will be inconvenient for many users, who do not want to leave a running computer at home (or anywhere else) while they are out. That will also blow away their earnings (electricity bills, you know). Is there any better solution for a private router owner, which won't involve dedicated app running?

Scores updated 09.04.18 following the development of the project.

Good vision but it's not easy for the execution ,and concur with Conston's points.

Vision is strong. Not sure if the team can deliver. I can see advertisers loving this system, but creating global free wifi is a very hard task as reliability, internet speed, and dropped connections will create some significant roadblocks. Best of luck and I hope you can make this work, but I don't see this as a viable mass scale project.

World Wi-FiICO team member replied on 15 Mar 2018
Thank you:)
The network will be based on privately owned routers (most of which are residential). Their owners may offer free Internet access and earn cryptocurrency through Internet advertising - everybody wins: the guest user no longer pays for access to the internet, the router owners generate revenue by sharing their resource, and advertisers reach their target audience. That is why we think that we will be successful:)
To add, we already have a strong community (more than 7000 members in Telegram chats and about 52 000 people subscribed to our news:)

Team is good. However would like to see mainstream adoption of this.

Pros:
+- "The New Internet" on Blockcahin, however the idea might be just too ambitious
+ Good team and partners
+- Great media coverage and documentation (would be nice to see user guides/technical docs)

Cons:
- No product or easily accessible live demo platform
- The issue of security and potentially not a very seamless experience for an average user
- Potential competition; similar idea to Fon