The First Blockchain Based Platform in Global

SilkChain is the first blockchain project dedicated to improving international trade. For its fundraising, the project has gathered the most influential members and participants. The project has gathered world leading business groups, trading companies, e-commerce companies, logistics, warehousing and finance companies from around the world. The participants involved firmly believe in the mutually benefital, mutually trusting principals of the project. The members are committed to transform their respective centralized systems to a decentralized, open, transparent, trusted ecosystem. We are united around the goal of sharing more resources, and profits to create a bigger, and more efficient market to improve the long term sustainability of global trade. 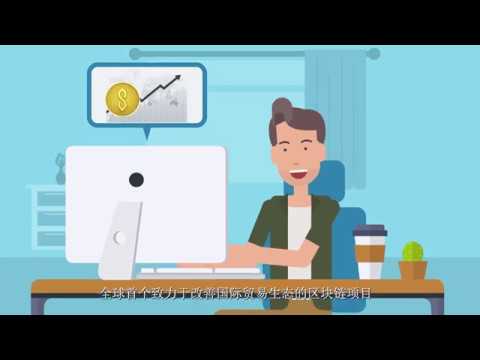 2. Goods flow —— high cost of tracking the entire supply chain, and difficult to accurately and reliably trace the source of goods.

Very ambitious project, but is difficult to implement. 55 000 eth soft cap? I am not sure it will be achieved. In the second quarter of 2019, the stated cooperation with the Bank of Bahrain. See no confirmation this. Marketing and advertising project is not very global, so I doubt in achieving software cap. Community 10 million people? Do not see the proof of this. Stated 100 team members, but on the icobench see other number of people. This is the tenth project, which States that he blockchain 3.0. 20% of tokens for the founders and team ?? You seriously? Only 25% of tokens for sale, high risk for investment. Not found mvp

Team:
Lots of red flags ...... some team members have very poor LinkedIn profile ... and some don't have any LinkedIn ....
Vision:
I have been added twice in silkchain grp without permission and I leave 2 times.
Soft cap is huge .... without proper marketing it would be hard to raise this amount .....
Don't find any MVP ......

Update rating
They have mvp they send me the mvp link

Queena WeiICO team member replied on 26 May 2018
Hi, dear expert.
First, thanks for your comments and your attention to our project.
1、 About the Linkedin, Linkedin was updated. We want to explain that some people are traditional businessmen, and some people are from China, they don't use the LinkedIn, but all of these people are real one. About Our team members and teamwork, You can check this URL for more details: https://samira777.imgur.com/all/
2、Then, about the telegram group, sorry for it and thanks for your advice, we have solved this problem. I still hope you will like our group.
3、The softcap of our ICO project SilkChain has been updated. we accept your advice and adjust it to 17000ETH, but we still have confident that we will do it well.
4、 MVP has been updated on the platform.
The URL: http://dragonsilkapi.osell.com/app/Download_en.(The invite code is 4RG5).
SilkChain is really amazing ,we hope you can check it again .Thanks again for your advice and your attention to our project.

They have a balanced team, a working MVP available and a strong vision. Looking forward to see how they will implement this project on the market as it seems truly promising

Interesting concept and I can see how it can help to improve supply chain businesses and also other segments of the ecosystem. Team is strong as well.

Disclaimer: This is an independent review on the ICO and does not lead to investment advice. ICOs are risky, kindly do your own research before investment.

UPD. Was:
I saw a good, big team at first glance, but when I went to check their profiles, many didn't mention the project at all or the accounts were created just recently.
Many have too few people and questions regarding working experience.
I also did not see the MVP (minimal viable product).
And the Soft Cap is too big, and this is a risk for investors. Do you really need $55 million for the minimum functioning of the project? I don't really believe in it. Opinions I have so far are contradictory.

The team seems to be excellent at first sight, but it is unclear what role it actually plays.
Soft cap is too huge. I can not measure the possibility of realization. Moreover, I think that it is necessary to review the financial plan to see why such a huge amount of money is needed like this.

As for the money we project side raised, is used to establish a global cross-border e-commerce business environment where "good money" drives out "bad money", and also stimulate all resources previously excluded to participate in global cross-border. At the same time, SilkChain has also developed many landing application scenarios for investors, in which investors can use SILK to purchase goods, and also gain profits through mining. Regardless of the project landing and software development, we are adhering to the concept of bringing the best experience to users, so the setting of SilkChain soft cap is reasonable. This is the APP SilkALL download link independently developed by SilkChain https://www.silkchain.io/app/download.html You can download and try to use it, I believe you will definitely change your opinion about SilkChain.

In addition, our financial plan is matched with implementation plan, you can check it easily by viewing the roadmap on our official website https://www.silkchain.io/

Thank you again for your interest in our project, please re-rate the SilkChain if possible.

This is a massive undertaking. Very few details are provided as to the specifics of how they will execute. There is Zero breakdown of how the funds will be allocated.

I enjoyed reading the whitepaper and learning about the history of the Silk Road, but there are many gaps here.

This is not financial advice or a recommendation to invest in this or any other ICO. Investors must perform their own due diligence and not rely on external ratings to make their final investment decisions. ICOs are risky and 100% loss of capital is possible.

Queena WeiICO team member replied on 16 Oct 2018
Hi, Conston.
Thanks for your feedback.
1、Firstly, about the details of how SilkChain will be executed, actually, are mentioned in the roadmap, the progress of our execution process is much ahead of the roadmap. You can check it by viewing the NEWS part of SilkChain’s official website: https://www.silkchain.io/.
2、Then, the specific content of SilkChain’s funds allocation is as the following:
Fundraising (25%)
Founder and Developer Team (20%)
Foundation Discretionary (10%)
Ecosystem incentive fund (25%)
Business and community consortium(20%)
3、Finally, thanks for your interest in the Silk Road culture. If you want to know more about the Silk Road culture, maybe we can communicate in Linkedin, I can share you some information about the Silk Road.
SilkChain has developed its own APPs, for example, SilkALL and Odoor, here is the link: https://www.silkchain.io/app/download.html which you can download and try to use it. I believe you will have different ideas of SilkChain after that.
SilkChain is really a great project, We have an incredible team on board all working incredibly hard. Thank you again for your attention and advice for us, hope you can re-rate SilkChain.

Good team with a great history of work and leading big projects.
Solid activity on github - I loved it!
Huge social media presence, decent medium articles and massive telegram community.
Amazing whitepaper with all level of detailed expected by investors.
This project can be huge if executed right way!

With such an ambitious project and a high hardcap, this team is too thin and lack a lot of positions especially for this big project.

If I wan an investor, I would not go with this project frankly. Let's have a look at team members and advisors, you don't know their role, writing them as member is too general. This is the pitch for marketing and sale.

Hope the team will improve this.

They have an MVP and a well prepared team and they are dedicated to improve international trade. I am curious to see how they will actually do it, but in theory, it all looks good.

This is a project with a massive scale and I doubt if the current team will be able to pull it off successfully. On top of that, the team members don't have any roles; they are just "members" and it's a little concerning.

Disclaimer: This is my independent review on this ICO and does not constitute any investment advice. ICOs are risky, kindly do your own research before investing.

Queena WeiICO team member replied on 17 Oct 2018
Hi Mohit,
Thanks for your attention and comment for SilkChain.
To begin with, I have to admit that the scale of SilkChain is massive, but our team is on the way of achieving it. In fact, our progress is far ahead of the roadmap which you can check by viewing the NEWS part in our official website, https://www.silkchain.io/. Also , we have achieved some success at present. SilkChain has developed its own APPs like SilkALL and Odoor, here is the link: https://www.silkchain.io/app/download.html you can download and try to use it, I believe this will change your view of SilkChain.
As for the team members you mentioned, I can tell you clearly that they are truly involved in SilkChain project, they have different roles in this project and each has his own function.Some team members are responsible for many things and it is difficult to give them accurate positioning, so we collectively call them members. Our CEO Yi Qing just met President Mobty in Beijing in June2018.If you would like to know more about our members, please visit our electronic photo album:https://samira777.imgur.com/
Thank you again for your attention, I hope you can re-rate SilkChain if it possible.

Well written WP, an ambitious project with a great vision. The project has a lot of interesting features. Removing or lessening the hurdles and obstacles to cross-border trading is always desireable; I am a strong advocate of a globalised and transparent international system for trade. If all goes well, SilkChain might be the gamechanger that the industry has been waiting for. I wish the team a great success and good luck!