the processing economy without trust problems

The trading platform lohncontract.com developed by lohncontrol.com will be a dynamic, complex ecosystem that will integrate all parties involved into a lohn contract and their relationships will be managed independently in the blockchain through the lohncontrol Smart Contract that will release the payments due to each one to fulfill the tasks initially allocated. The main actors of this ecosystem will be buyers from developed economies who want to produce quality and cheap goods and manufacturers from developing economies interested in these orders. The platform will provide small and medium-sized businesses around the world with access to some of the business opportunities currently reserved to major economic players, linking through disruptive technology-blockchain niche projects to manufacturing and commercialization of industrial goods, projects which exploits the appeal of consumer markets for quality products at competitive prices. 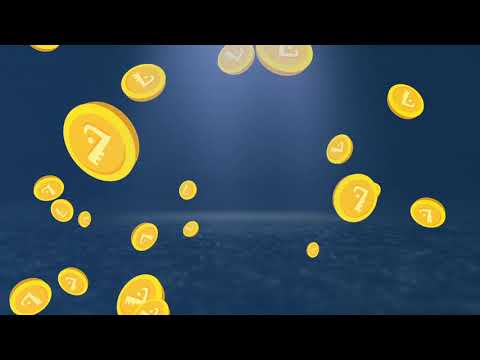 lohncontrol.com is a real business project that will build a business services platform called lohncontract.com for processing economy in over 30 industry branches. On this platform, the companies from developed economies will be the buyers and will launch production orders for various consumer goods to the production companies in emerging economies that can produce commodities at competitive prices due to the cheap labor they have and the proximity of raw materials at low prices.

lohncontract.com will evolve as a complex ecosystem in which, besides buyers and manufacturers, will be present the suppliers of raw materials, logistics, quality management, industrial process management, legal services and settlement of payments between the parties. The relationship between them will be managed in blockchain through the  lohncontrol smart contract.

At present, the annual production achieved in lohn globally exceeds 10,000 B $, representing 10% of Gross Domestic Product.

Lohncontrol project proposes a blockchain platforms dedicated consensus protocol that builds upon the Proof-of-Tasks by implementing it with Proof-of-Stake architecture of Ethereum smart contract.

In the Proof-of-Tasks blockchain consensus protocol the platform lohncontract.com create only the template of the blocks. Such a template has two things in them – the header information about tasks and the reward address for the validators.  The header information inside a block points to a random stakeholder. These stakeholders then validate the pre-created blocks. The more stack a validator holds, the chances of them approving a block increases. Only after the validation, that particular block gets into the blockchain.This is how Proof-of-Tasks uses the best of the consensus algorithm features Proof-of-Stake to validate and add a block to the blockchain. Moreover, the network pays both: the platform blocks creator (lohncontract.com) and the validators the fair share of the transactional fees. Thus the system acts against the “tragedy of the commons” and creates a better solution for block validation.

The impact of the Proof-of-Tasks consensus protocol is similar with Proof-of-Stake : more secured against any attack and  a not power-hungry system. The lohncontrol Smart Contract will work through dedicated APIs for each section of the platform.

Given that Ethereum 2.0(Serenity) launch is just around the corner, we'll efficientize the work by focusing our development efforts on writing smart contracts following architectures optimized for the features introduced with it.Doing so we'll be able to have cheaper transactions, faster transactions and confirmation times through attestations, being able to scale horizontally across shards to possibly thousands of transactions/second as well as take advantage of many other features within the newest version of Ethereum compared to the current dApps deployed on the current Proof-of-Work Ethereum blockchain which will continue to have most of the limitations that they have now.Doing so we won't have to spend resources on re-architecting the decentralized application, rewriting the code and migrating it on Ethereum 2.0 as it is not backwards compatible with the current Ethereum blockchain.

This increase, proportional to the platform's use, was determined by a mathematical calculation materialized in a growth algorithm that includes multiple variables such as the availability of LOHN tokens on the free market or their liquidity.

So, the LOHN Token price is always in direct proportion to the market volume of lohncontract.com and growth will be exponential as the project goal is reached and  ROI rate will be in concordance.

big team and experienced. vision is good they are focusing on big range of product and services. they have some good partners also. hard cap is too high for this market. softcap is good but when someone run tokensale its hard to raise fund too. I would love to know more about marketing area. i dont understand where blockchain is using in mvp section.

Catalin IordacheICO team member replied on 24 Sep 2019
Hi Mofassair !
Thank you for your appreciations !
My regret is that I didn't inspired you a better rating for product firstly.
The hardcap is big but is necessary for platform implementation in over 15 developed countries and over 15 emerging countries because about this is the role of it, to make a safe global market for cheap goods production.This implementation is expensive because is about creating a big team with over 50 members, offices and marketing budgets.
The blockchain not used in MVP because it was created to see if is interest for this kind of platform in market.Next platform will use the blockchain for business relationship securing.
The MVP was developed in 2016 for East Europe textile industry companies and at that time were not the blockchain solutions to develop this platform using blockchain.For example now we manage the relations between parties in smart contracts using Chainlink and the platform will be the oracle.Also we will use the Vechain or Tael product traceability for goods production following and we will integrate in platform the blockchain accounts with Solaris bank and Bitwala. All these projects were at beginning then.
But thanks again for your time !
For any questions we are here.

In the past days, I have analyzed the project Lohn. They have an already working MVP that has previously helped many companies and this is a remarcable thing. I had a few questions regarding this problems therefore I have talked them through one of their members on LinkedIn and he immediately responded me to all my questions. I really appreciate projects that have such a responsive team that truly cares about their project being understood by everyone.

They have a team of professionals with the proper experience needed to make this project a real success. I went through all their socials to confirm this. A few of them also passed the KYC on ICO Bench.

As for their vision, updating an already existing project that has a good business history to the blockchain technology is definitely a step forward for the entire project.

I highly recommend to take a look through their whitepaper, you will gain a deeper understanding of what this project is all about, its features and potential.

Catalin IordacheICO team member replied on 27 Sep 2019
Thanks Miruna for your good thoughts !
As you revealed, this project could help a lot of small and medium companies from all over the world to make a better businesses into a safe climate trough a lohncontract.com platform ecosystem built in blockchain and based on smart contracts.
The MVP shows how a classic business platform can be upgraded by blockchain.
This platform can become a best tool for cheap goods production in emerging countries and in the same time, a growth factor for these economies.
Thanks again for your time !
For any questions we are here.

Established bursadelohn.ro a regional hub for the processing economy.
It's our working platform ,also our MVP (minimum viable product) and is the first operational trading platform which precedes lohncontract.com

Branches establishment in Ethiopia and Maroc.
Branches aim to attract local producers to the platform.

lohncontract.com runs 0.1% from world industrial production in lohn. This means 10B USD.