VenusEnergy - a project that, in conditions of large-scale environmental pollution - offers an alternative. Mining of cryptocurrency, using electricity generated from renewable sources of energy. Symbiosis between the socially responsible idea of "Way to a Green World" and a well-built financial model that will allow you to earn more than 24 cryptocurrencies and provide income for all depositors. 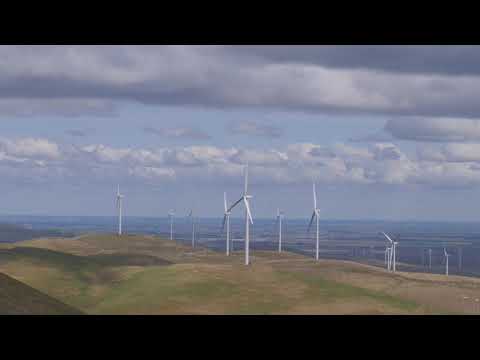 Every year, humanity consumes more and more energy. Most countries often use fossil fuels (oil, gas and coal) to meet their energy needs. Electricity is often produced with the use of heat engines received as a result of burning coal, household wastes and other sources of fuel. Such a method of energy extraction is extremely environmentally unfriendly as more and more greenhouse gas is emitted into the environment, thereby increasing the greenhouse effect and exhausting the Earth. Consequently, there are prerequisites for large-scale environmental pollution and the occurrence of the greenhouse effect.

VenusEnergy project offers a way out – to extract cryptocurrency with the help of electricity generated from renewable energy sources. This is especially true for large mining farms (with a large number of servers) that consume large amounts of energy. For example, a medium-sized farm can consume up to 20 MWh of electricity.  This is symbiosis between the socially responsible idea of ​​"Way to a Green World" and a well-built financial model that will allow you to earn more than 24 cryptocurrencies and provide income for all depositors.

VenusEnergy plans to concentrate its activities in the sector of wind and solar energy.

Potential
Solar power
Basically, the economic potential of solar energy covers the production of hot water (0.5 TWh), drying of agricultural products using solar energy (0.8 TWh) and passive solar heating of premises (1.25 TWh). In the long run, solar heating can be used for central heating in summer seasons; Photovoltaic systems can be important in the production of electrical energy. Solar energy is expected to reach 0.0012 TWh by 2020: these numbers are quite far from the established economic potential.

Wind energy
It has been established that the wind energy potential reaches a capacity of 0.85 TWh per year and is confirmed by the assumption that the wind farms in the continental part can be additionally designed to achieve a power of up to 500 MW. This is a limit that can not be overcome without additional costs for the reconstruction of the electrical network. It was found that the potential will be used until 2020. After 2020, part of the construction of wind power plants can be transferred to the sea, where wind conditions are the best.

The goal of IEO VenusEnergy is to create a commercial platform based on the use of renewable energy sources for the production of electrical energy.

That will allow investors, as well as ordinary users and coin holders (after launching the platform) to earn on:

“This is how we intend to contribute to solving the problem of global warming – starting with ourselves. We hope that this good practice will be picked up by other platforms in other areas of life.”
Our goal is a synthesis, between striving for a cleaner world, and a commercial core, which will be a good aggregator for attracting more and more users, building more platforms for generating electricity – scaling the platform.

I have been following this project's evolution for quite a while now. The bear market has affected all new projects and it has made it hard for them to reach their full potential.
However, VenusEnergy has a small team, but they did passed the KYC and they do their best to bring this project to the market.

Their vision is rather different, trying to bring an innovation to the renewable energy market. This will also bring a positive impact in our daily lives, as the Earth is in need for more green alternatives.

They do not have an MVP yet, but as seen on their website, they have already closed partnerships with many others and they seem to be quite committed to do their best.

Honestly, this seems a legit project from what I've seen. My advice for you guys is to make an MVP and recruit more team members on board. This project has tremendous potential.

This project is obviously trying to make a difference in an area that needs it; renewable energy. The team looks OK, but a bit on the small side. A solid vision and I look forward to seeing the MVP in the future

Advantage - They WP is very detailed and the idea of selling power when crypto prices are down makes sense but the economic affecting the ROI isn’t explained. A good marketing team with visible social media presence. Since, its an IEO, chances of it being a fake is lower than a traditional ICO. They already have received investments for the project from traditional sources.

Disadvantage - The team has 3 CEOs and other members doesn’t display their experience in Li. The business model should have a clear view including a projected project details and ROI generator for investors. A One-page or pitch deck is needed as the WP is too detailed at times.

You can find my ratings methodology here- https://medium.com/@krishnenduchatterjee/ico-evaluation-investing-a-vc-perspective-for-investment-over-greedy-short-term-returns-433f6f9e13d8

A project I have been following since last summer. The crypto market has been rough in the past year for everyone, but their team is not giving up on Venus Energy and they are doing their best to implement their project. They have a solid and dedicated team, a unique vision and a product that will improve lives of many. I wish them good luck in the future!

The product has a relatively small team and no MVP yet. However, in spite of this, they have made really good progress since I last checked them up. And their team members has passed the KYC, which is a good sign.

I believe the renewable energy is a topic of the future and it will help future generations to come so there is a lot of potential in VenusEnergy. Their team looks committed to this project and they have really professional materials until now. However, only time will tell what will happen in the future but I wish them the best of luck!

Team: Most of team is from same nation but they are not running there project from there own country so it's hard to believe. Because if someone is passionate they cleared the legal stuffs in there country first.

Vision: I have explained in my first point. While the IEO on Exmarkets having no result as i have check there previous IEO results. So i don't think so that they can fullfil promises what they had with their clients.

Product: I mean who is going to believe just a picture? Atleast if they are saying their MVP is live it's cannot be live on internet its must be any app to register entries etc and live video for product test.

I have been following the project for a while. This is a great project. I am all for Green Energy. The environmental damage from all the mining rigs can be staggering. For a sustainable crypto growth, we need to think Green when it comes to mining.

The team looks solid and well poised for success.

I don't see a need for an MVP because here because they are building a business on proven technologies. Its a great concept as long as they can raise enough money to put the infra in place.

Lets save our planet for the future generations.

No product, no vision (miss a lot of elaboration).
Vision is great as we need green solutions but I do not see any strong partners. Budget really high for the first stage.

I am always a fan of green projects. This project has great potential but I think it needs a bigger team and a nicer mvp to show people.

The thought of helping the environment with blockchain is admirable. However, the business model remains unclear, as is the tokenomics.

The team looks sufficient, although having three "CEOs" is puzzling. Perhaps that is a typo, but after others have pointed out, if it is indeed a typo some correction was warranted.

A risk to any renewable energy source driven crypto mining endeavor is its adoption in the general population. Generally most businesses and home energy consumption is managed by state and policy in a number of regulations to drive taxes to support city, state and country programs. Bypassing this approach with a decentralized RES offers a great opportunity to first adopters in small collectives (co-ops, micro grids, municipalities...) to test and improve the aggregate efficiency of mining crypto over carbon based energy. A portion of the ICO funds should be directed to small installations (wind, solar, biomass) that a business or homeowner can purchase with ETH or Fiat, install and begin mining crypto and benefit from discounted power that is shared with others on the micro grid. As business grows, invest in the ocean wave and solar farms to handle power needs of business.

I love the idea of building wind farms to produce the required energy for mining.
The project seems well engaged, the partner is found (Jegaines.lt) and has a detailed quotation.
The possibility to stop mining and sell electricity instead, waiting for better time is a huge advantage on the mining market.

WP very long but full of general descriptions about crypto and mining while there is absolutely no information about the business model and the product they will be selling. That is a big concern.
The "electricity sales" has not be detailed too. What would be the ROI for miners when selling 0,7 euro cent the kwH ?
Teams pretend to be qualified but no information about them, mostly empty LinkedIn profiles, etc.
Regulation will probably being a great concern in the future (some of their competitors had to stop mining for that reason) while they don't seem to bother about it.

Great idea but still lot of work to make it real.

Acquisition of the Industrial warehouse for the
development of mining. Acquisition of ASICs.
Start of building renewable energy sources.
Conditioning of facilities for the development
of mining.

Start of the Mining Platform development.
Launch of the platform.