Like this video
Share this ICO with friends and colleagues
Please consider reading the following statement before investing in this ICO https://www.sec.gov/news/press-release/2018-94

We Are the Revolution.

Just as steel changed the building industry forever, Titanium will usher in a new era of network construction. With TBIS’ proprietary Company as a Service™ (CaaS) and Infrastructure as a Service (IaaS), every device, from enterprise level on down, can be virtualized; routers, firewalls, and specialized equipment such as cryptocurrency miners, can exist in an entirely cloud-based environment based on the decentralized Ethereum blockchain. Paired with cutting-edge enterprise management and monitoring technology, this will create a shock-proof internet infrastructure that will be both lightweight and completely revolutionary in scope. Imagine being able to set up an enterprise level infrastructure for a global company from a tablet in your living room, without spending any time installing rack servers, routers, load balancers, or any other network component beyond what is needed to access the network. 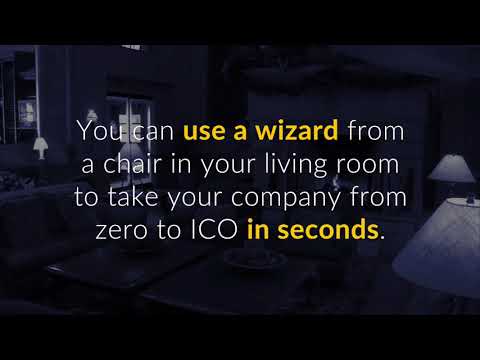 The distributed TBIS system will monitor the health of the network and everything attached to it, and execute autonomous “healing” actions when specific weaknesses are detected. With Titanium Hydra Fault Tolerance, if a device falters, TBIS will have already shifted load away and onto another network of redundant nodes. If a potential security problem arises, the TBIS system will work automatically to limit the potential impact of attacks such as DDoS or other address-specific attacks; it is impossible to overwhelm a piece of equipment that exists only on the ether.

Unlike typical infrastructure services, where a company’s technology may exist on up to several hundred devices, the TBIS infrastructure will reside on the decentralized Ethereum blockchain, which is composed of over 20,000 nodes, with each node potentially being composed of several hundred discreet systems. Even if several thousand nodes experienced a system failure, there would still be zero outage time, and perhaps, only a performance degradation of the TBIS services being delivered.

TBIS is at the forefront of the utilization of Blockchain technology across personal and enterprise networking systems. Read our whitepaper to see how you can take advantage of this new technology today!

Mofassair Hossain
CEO and Founder Perhalic, ICO and IEO Advisor, Investor, PR and Marketing Expert
Rated on Dec 8, 2017
4
4
4
7%
This rating's weight is reduced by 50% as there is no review added.

I would like to give the team an opportunity to explain themselves based these comments:

This is highly uncommon because many fraudulent ICO projects would choose to delete their Telegram groups, removing all scammy evidence. Therefore, I would give the team 1.5 rating instead of the usual 1.0.

Vision may be a little too broad. Would like to be able to see some kind of focus and a demo of something, more details about how plan will be accomplished. Rating could be updated as we get more info.