The New Internet For The New World

The Skycoin Platform is the most advanced blockchain application ecosystem in the world. Developed by early contributors to both Bitcoin and Ethereum, Skycoin’s platform is completely secure, infinitely scalable, and ISP independent. Backed by bandwidth, storage, and computational power Skycoin is built to fulfill Satoshi’s original vision. 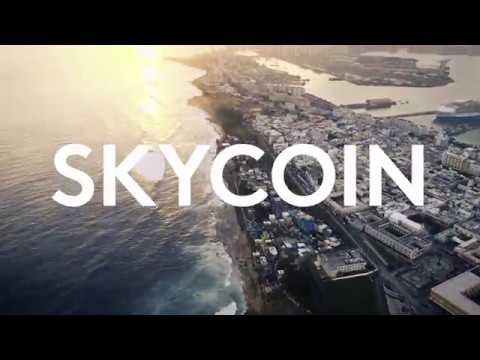 The original purpose of digital currency was to reinvent the economy so that users could be independently empowered to trade in a peer-to-peer fashion, without interference from centralized powers. At Skycoin, we believe strongly in this mission. That’s why the Skycoin blockchain is designed to benefit all users, not just a select few. With Obelisk, we’re solving the problems inherent in PoW- and PoS-based coins to bring you a decentralized and democratic consensus network.

Satoshi envisioned Bitcoin as a decentralized digital currency. Blockchain networks were intended to democratize finance, eliminating corporate control and spreading power among users. However, Bitcoin and related currencies have become centralized due to their reliance on Proof of Work (PoW) and Proof of Stake (PoS) algorithms, as well as their use of mining to create coins. This centralization defeats the original purpose of digital currencies.

We created the Skycoin blockchain to correct these flaws. The Skycoin blockchain uses a novel consensus algorithm to replace PoW and PoS. It also fixes security problems associated with other blockchain networks and decouples coin creation from the mining process. The result is a fully decentralized cryptocurrency that fulfills Satoshi’s original vision.

The Skycoin blockchain does not use mining, so user power cannot be concentrated in a few large mining pools as it is with Bitcoin today. Coin creation doesn’t give certain users disproportionate control over the network. The supply of Skycoin is fixed. Skycoin transactions occur in seconds and are more secure. With Skycoin, we’ve created an immutable cryptocurrency that functions as digital property, rather than a political tool for amassing control over networks.

Founder and CEO of CoinAgenda

Founder of the Blockchain News

CEO of Samples.com and The Original Agency | Angel Investor