Pioneering the Third Wave of AI

Mind AI is an artificial intelligence engine that is capable of human-like abstract reasoning without the need for big data or supercomputers. With its ability to contextualize information and reason, Mind AI is able to generalize knowledge, a feat that no other AI today is capable of. By being able to learn on its own, Mind AI will be able to formulate its own hypotheses and models of how things work, augmenting human intelligence. 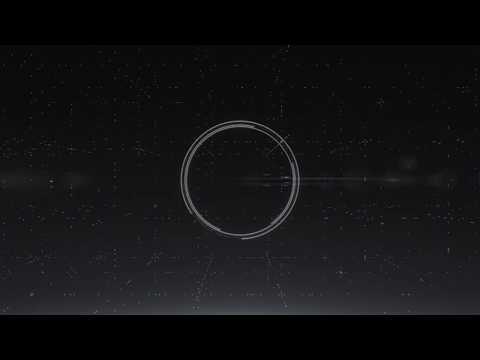 Mind AI was created to offer an entirely new approach to artificial general intelligence. Rather than building an architecture that requires parallel processing, supercomputers, and large amounts of data, it plans to build its core symbolic reasoning engine based on an internationally patented, completely new data structure called a ‘canonical’. Once the engine and the volume of closures reach a minimum viable product, the platform plans to crowdsource and gamify the ontological and decentralized application (dApp) development processes through a tokenized incentive program. The Mind AI engine will be readily accessible to the global development community as an open-source project that will engage and motivate some of the brightest minds to continuously contribute to the growth of this benevolent ecosystem. The public encryption keys of crowdsourced ontological work products (predicates), which utilize gamified human-to-machine interface, will be immutably recorded and accessed with corresponding private decryption key on a revolutionary ledger-less blockchain, TODA. This blockchain is based on Proof-of-Actual-Work (PoAW), a consensus algorithm that reduces the energy consumption by the network by at least 98%. This will eliminate the dependencies on certain network contributors such as miners. Every time a software or human agent creates a dApp, it must access the Mind AI engine and the relevant ontological predicates to generate canonical structures upon which a certain cognitive reasoning task is performed. The entire work process will be ensured through the complex use of smart contracts built on top of a high throughput blockchain with the TODA protocol at Layer-Zero. The proposed approach is unique compared to those of other neural network based machine learning (ML) systems for several reasons. First, the nodes and links in canonicals are transparent to us, allowing agents to know what the Mind AI engine has learned or not. Second, the Mind AI engine allows ontological versioning, which enables it to retain old logic, but when superseded, it accumulates knowledge of why prior logic is faulty. Third, it allows interoperability with other open-source AI ecosystems, thereby becoming the de facto ‘CPU’ of the decentralized AI universe. Fourth, the Mind AI engine will evolve to develop its own theories (meta-theoretics) and predicates. Lastly, the Mind AI platform is an ethically guided decentralized autonomous organization (DAO) that disincentivizes or short-circuits malevolence toward humanity (kill-switch). This paper describes the overall framework of the Mind AI ecosystem, which includes a symbolic reasoning engine, canonicals, a dApp marketplace, an ethically guided DAO, token economics, and the mechanics of its planned token generation event.

-Define use of basic verbs in different grammatical situations
-Accumulate ontologies for basic "people", "at home", "school and workplace", and "leisure", using vocabulary from Cambridge text
-Milestone: Have Mind AI read and display basic  comprehension of the book: The Little Prince

-Add another 600 words into the ontological repository
-Break down existing 1,500 ontologies into more fundamental units and additional contexts for a deeper understanding
-Open Mind AI API access to public
-Launch private beta of the Mind ecosystem
-Develop resolution models for complex synonymies
-Provide cross-domain reasoning to those who apply for this functionality

-Add another 600 words into the ontological repository
-Break down existing 1,500 ontologies into more fundamental units and additional contexts for a deeper understanding
-Provide ontology services in the Mind ecosystem: creation, validation, and versioning
-Open Mind ecosystem to general public