First ICO backed by a VC Fund in Latin America

Mango Startups is the first decentralized fund for Latin America. We are investing in a diversified portfolio of 24 tech startups from different countries. We offer transparency and compliance as well as a clear exit strategy for our investors. Our core mission is to democratize venture investments and become a bridge between crypto and fiat economies. We help venture funds, accelerators and startups to raise capital using crypto assets in order to scale their products. 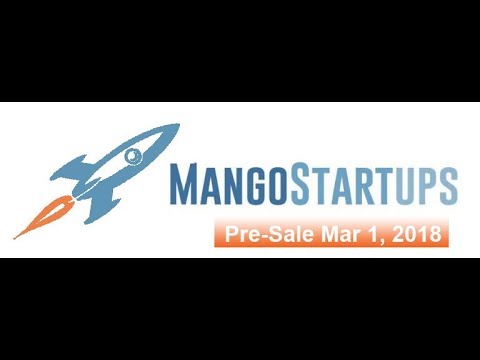 With the advance of blockchain technology, more and more people are migrating from the fiat-based financial system towards a blockchain-based financial system. Since January 2017, the cryptocurrency market cap has increased from 15B USD to 165B USD in October, an increase of over a 1,000%. However, existing cryptocurrency infrastructure as a driver for decentralized venture capital, is still in its infancy.

Venture capital and the startup community are two of the biggest adopters and fervent supporters of this blockchain based technology revolution. Historically, venture capital has not been accessible to people outside VC community due to significant amount of capital required to enter VC deals, long term commitment and low liquidity of investments.

ICOs are democratizing this industry, by providing an opportunity to smaller investors to participate in early stage venture deals, with minimal entry capital requirements due to the high liquidity that describes crypto assets. At the same time, ICOs act as an additional fundraising vehicle for early stage startups to raise capital from a larger pool of investors, attract early followers and create communities that fund and support the project.

We are excited to introduce the opportunity for eligible parties to participate in the growth of Latin America’s startups ecosystem. The tokens will be distributed through an open source cloud storage protocol of blockchain, that allows users to transfer and share data in a decentralized manner.

In short, when you invest in Mango Startups you are investing in a carefully selected pipeline of talented startups that graduated from multiple Latin American Accelerators. We have created a diversified portfolio composed by companies with proven business models and high growth potential. With your help we aim to drive capital to a traditionally less accessible economies, with vast growth potential, giving rise to a wealth of virtuous network effects for both our investors and the region at large.

Hung Chih (Jason Hung)
Cofounder of International Consensus Association, Gamefi, Web 3.0, NFT advisor
Rated on Jan 17, 2018
3
4
2
8%
This rating's weight is reduced by 50% as there is no review added.

First ICO backed by a VC Fund in Latin America.

No way for me.

URIS, the blockchain technology-based platform for startups and VC funds that will revo...