Gyptex is an online platform which allows like-minded players to join and compete against each other in games of strategy and chance. It combines the best elements of the blockchain, cryptography and gambling to create a truly fair and transparent system. Gyptex employs a different business model to online casinos, which win when you lose and lose when you win. Gyptex works differently. We take a small fee from every game, which in the poker world is called a rake. Due to our fee structure, we’re a disinterested party as to who wins or loses, although we do hope you win! Online casinos are in the business of competing against and beating the players, while our business is about helping players to connect and have a good time. 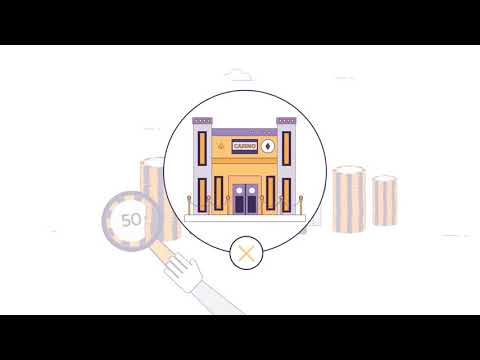 Gyptex is a gaming project built on advanced blockchain and cryptography technologies. Gyptex uses all the advantages of cryptography and decentralization, making cheating technically and verifiably impossible.

Gyptex is not limited as an online casino, it’s a platform, where people can compete in various types of games. Very little commission is taken from every game, much less than in traditional online casinos. Due to our fee structure, we’re a disinterested party as to who wins or loses. Although, we do hope you win!

To guarantee fairness, and the use of unpredictable random numbers, we‘ve created GYX token, solving vital issues with cryptography, randomization and decentralization. Gyptex is a unique platform, providing transparency and a secure system of gaming.

Gyptex is a platform based on robust, immutable blockchain technology, absolutely transparent and accessible to anyone for public and private verification.

In the Gyptex project, the architecture and algorithms for mixing random numbers are created in a way that makes it technically impossible to manipulate the random numbers. Before each gaming session, random numbers are being registered and encrypted on the GYX token blockchain. They become open and accessible for verification after the end of the game. This makes it easy for anyone to verify the randomness of the numbers.
Gyptex is a platform based on blockchain technology, absolutely transparent and accessible to anyone for public verification. Smart contracts provide all players with instant payments, irrespective of the number of their winnings or their location.

With GYX token we generate random numbers based on the randomization algorithm used in Bitcoin, Litecoin and other crypto-currencies. We use four sources of 32-byte sequences from GYX token's built-in functionality to generate random numbers. In other words, the random number generator in Gyptex is as reliable as Bitcoin, which has never been cracked.
One of the main advantages of blockchain is decentralization, hence the inability to modify entries on the blockchain. Once an entry’s on the blockchain it remains unchanged forever, without a possibility of modification. The GYX token blockchain has several capabilities involving randomness in online games.

The usage of GYX token can serve as a universal gaming currency for all available games on the platform, facilitating the development of games in the financial sector.

Even though KYC does not guarantee ICO success nor is a call for investment, the process verifies the key members of the founding team as a first key test.

Willing to revise this rating if the team responds.

All 4 team members failed kyc that look strange and suspicious, also there is no advisor in team.

Team
With four members invited (CEO, Project Manager, Senior Software Engineer, and Dev) and failed KYC, this project gets its first red flag. These members don’t even mention their affiliations to this project in their LinkedIn profiles. Are they embarrassed to do it?
Vision
Pretending to be a different kind of online casino, Gyptex says they work differently from a casino as they only “take a small fee from every game”, as if this were not the main source of conventional casinos!
Product
By relying on common assumptions and misunderstandings about blockchain technology, Gyptex sells their game as trustworthy, fair, and secure, without much basis.