FundRequest is more than a platform to fund projects. We provide the best experience to fund an issue and incentivise the open source community. FundRequest breaks down barriers traditionally encountered in open source by providing a support layer between no support and enterprise level support. The ease of use of the FundRequest platform enables users to fund issues without any coding knowledge. It allows developers to search for funded issues that best match their skill set to solve. 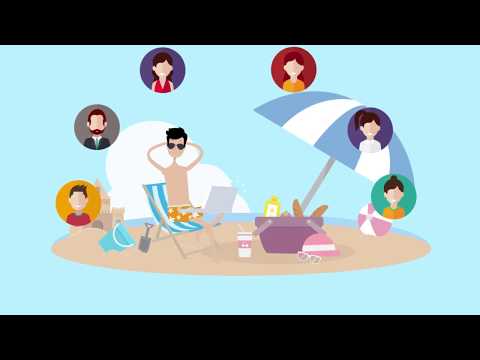 Open source software refers to a computer application where the source code is available to the general public for use and/or modification. Programmers contribute their coding skills to a broader community when there is a personal gain to use the open source application or to receive peer recognition. The benefits of this so-called crowdsourcing offers small and medium sized companies value by i) reducing the internal cost of development ii) by increasing the speed to market. Yet, a lack of incentives causes the majority of open source projects' inability to garner sufficient community adoption for a longer period of time.

FundRequest is an integrated platform to fund open source projects, thus financially incentivising the open source community. The platform allows developers to fix bugs or to program additional features for an existing application.
FundRequest will be developed on the Ethereum Blockchain.

The centralised structures of traditional businesses are challenged, as blockchain gains traction as a solution for secure and transparent transactions without the need for a mediator. FundRequest aims to leverage upon a decentralised ecosystem as it reduces both operational and regulatory burdens and protects against organisational corruption such as fraud and embezzlement. FundRequest creates smart contracts to incentivise developers to solve a problem in the open source community. With a smart contract the code is law and thus there is no ambiguity ruling whether the conditions for funding have been met. FundRequest offers a layer on top of open source platforms such as Github or StackExchange and uses their functionality to automatically decide if a request is resolved (or not). Smart contracts use that information to automatically and autonomously distribute the collected funds for that request. This significantly reduces the risk of fraudulent reporting that is rampant on existing platforms.

Update, i found ALL!
pre and all info...

Alexandr Lozovuk
CTO/founder at CoinIndex.agency - world's first index platform for crypto assets
Rated on Oct 7, 2017
5
5
4
3%
This rating's weight is reduced by 50% as there is no review added.

A platform to fund open source software on github

Tired of issues? Fund a project, competition or a bug bounty programme