ENKIDU is a global collaboration platform where individuals can find like-minded collaborators and team up to build and launch a monetizable product or service. This happens via a trustless payment gateway. Each payment gateway has a payment splitting function that replicates a cap table.A payment gateway that obeys the rules of it's associated cap table, thereby allowing users to collaborate with each other trustlessly. All incoming payments on this gateway are split amongst team members, treasury, investors and bots (if any). There is no dividend system. A proprietary resolution voting system that has a private record of resolutions (action items) passed by the collaborative entity - allowing people to vote on decisions like dilution, treasury threshold, etc. A time-locked smart contract based vesting system to prevent premature rewards for collaborators. 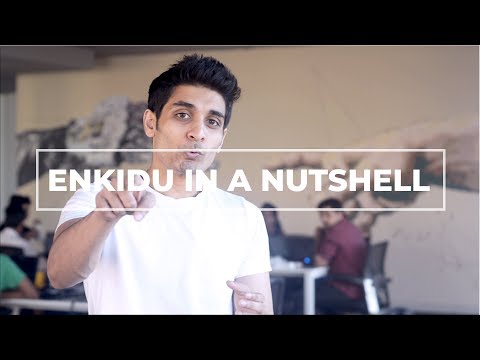 Mofassair Hossain
CEO and Founder Perhalic, ICO and IEO Advisor, Investor, PR and Marketing Expert
Rated on Feb 27, 2018
4
4
4
5%
This rating's weight is reduced by 50% as there is no review added.

What a simple and necessary product!

Only one thing is unclear - why do you need softcap $ 5 million and all the more hardcap $ 30 million? I think both development and marketing can not cost 30 million dollars here ...

Glad you understand the value Enkidu brings to the world.

Coming to the raise - when you do crowdfunding as compared to a typical equity raise, you're raising your Series A + B + C in one shot, with minimal chances of doing future ICO rounds (we can't raise equity post this and shares and tokenization don't play nice). The team doesn't need the capital to build or market the product (Avalon Labs, the parent company of Enkidu is already very profitable).

Rather, the plan is to run this company for the next 6-7 years and partner with governments (lobbying involved) to provide legal standing to "Enkidu companies". In order for us to allow not just small companies but rather larger companies to use Enkidu, we need to allow for legal liability to be borne by the entity itself, which we can't do until a favourable jurisdiction backs us. Lobbying and legal fees are what's most expensive. We have lawyers from Singapore and India helping us take the entire offline company entity online, along with edge case support. They're helping us replace them, but it's expensive, haha :D

An example is taxation at source. When you invest in cryptoassets, you don't pay tax when you buy them, but when you earn cryptoassets (like in Enkidu's individual project cases), then some countries tax this earning at source. Different countries have different regulations, and our legal team allows us to figure it out. For eg, we're currently in talks with some jurisdictions to pay taxation at source from Enkidu itself rather than have individual projects pay it, with reporting coming from our side rather than the projects, so project owners will only have to pay income tax. This is just one case study, there are 300+ such instances we have solved over the last 6 months to even start writing our whitepaper.

Even if we don't get jurisdiction backing, we'll still be able to offer Enkidu to smaller teams (<5 people), which is ~50% of the world's GDP. Imagine having 0.5% of every incoming transaction on every Delaware C-Corp out there. We're talking trillions in daily volume! It's an extremely long term game plan, but we believe we are ready.

Purushotham Maralappa
Consulting Manager at Emurgo, Blockchain and Tokenization advisor
Rated on Feb 27, 2018
5
5
5
5%
This rating's weight is reduced by 50% as there is no review added.

Bogdan Fiedur
ICO and Blockchain Advisor. Full Stack and Ethereum/Solidity smart contract developer.
Rated on Mar 13, 2018
4
4
4
4%
This rating's weight is reduced by 50% as there is no review added.

Vlad Skakun
Co-Founder and CFO at CryptoDiffer | Investor| Marketing Specialist| Senior Analyst at Venture Fund
Rated on Apr 11, 2018
4
4
3
4%
This rating's weight is reduced by 50% as there is no review added.

Good idea, good team and advisors, progress with the product. Interesting to see how they progress and build it out.

Interesting idea. Will see where this one goes.

Thank you for your feedback, we just rolled out our Enkidu Alpha 0.2, check it out at https://alpha.enkidu.io

Team seems to be inexperienced though the advisory base is strong. No available platform or product. Can't understand why the team requires USD 30 million to create such a product. Thats lot of money guys for a start up which has yet to step in the market.

Vision/ Product:
- Dao development is a hot frontrunner.
- Really like how actual personal use cases spawned the business
- Great use of blockchain/smartcontracts
- Innovation aspects and opportunity to develop intellectual property is high.

Facets to explore:
- May take the market a long time to catch up
- Customer acquisition costs due to process retooling may be very high.


Team:
- Seems like a very intelligent team
- Surrounded themselves with a great team of advisors

Facets to explore:
- CEO seems to have multiple ventures may be a concern for focus

Notice: I do not provide investment advice. Please see my profile for important disclosures.

Bright application in this niche.

Good team combination and have a working prototype is additional advantage.

Thanks for the feedback.

Could you tell us why you have rated the vision 3 as most of the feedback we have received from the community is conflicting with yours. You understand starting and running companies in the current scenario is slow, expensive and difficult right?

Telling us what you find lacking is useful. This would help us understand if it was a lack of communication from our side or whether you truly believe that what we are solving is not a relevant problem. Communication can be fixed. We are hoping you do take a closer look and review your rating if possible.