Agate is the world's most comprehensive decentralized blockchain platform for instant payment without volatility risk to mainstream crypto adoption. 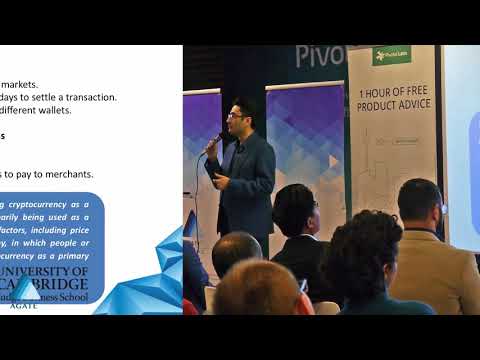 While currently there are several applications and individual blockchains individually are running to facilitate cryptocurrency payments but still there is no comprehensive protocol or platform to resolve the key problem in cryptoeconomy, AgateChain is a complete set of a decentralised blockchain, with two mobile apps, a fiat pegged ecosystem, an API Suite, plug-ins, add-ons and a physical POS terminal and operating with multi coin mechanism and works as a comprehensive crypto infrastructure for everyday banking and a gateway to connect millions of developers, users, and in-store and online merchants to the cryptoeconomy. It consists of several modules and objects, all fueled by AGT token that has over ten sustainable utilisation and revenue streams. The important point to note about Agate is that most of its modules are already built and working or have Beta versions and will complete shortly after ICO.

Team: The team is really good. The only downside is whole team looks like in Australia but company is registered in Singapore.

Vision: vision is really good. they are trying to provide everything in ecosystem including Apps, Payment, POS terminal.

Products: Products are not release yet. They are very promising. The only downside is the apps are only downloaded by 10+ times. They need to market their apps and products a lot more. They need to generate interest in their products.

A project to activate the whole industry of Cryptocurrency. Crypto should exist to make banks unnecessary, but now it has not reached it. However, I think that such a project casts a stone for industry transformation.
The system is user friendly and the team is steadily on the road map.
It is designed by Chiami, and the token balance is also good design.
MVP is still in the demo stage, but it looks very nice.

I think there are many projects similar to this project.

However, as with this project, I think that there are few projects that have a solid MVP even though it is a demonstration.

The possibility of investors' investment will change significantly depending on the presence or absence of MVP.

I think that the whole team is a wonderful project that will seriously succeed.

The team is very powerful and has the power to accomplish the project.
The team already owns downloadable applications,
MVP is also solid, so you can trust this project.

What we are aiming for this project is
It will become necessary as crypto develop in the future,
I think that the future of the project is great from the viewpoint of demand.

The team is good but needs more of a global presence. Vision is also good but this is a competitive area and time to market will make or break. Product needs more work and overall marketing needs to be more global, yet targeted.

Excellent team members and fantastic project. This decentralized blockchain platform use its fully advantage to counter problems we are facing. Also this project already has products. These products are just amazing and I'm looking forward to what they will achieve.

The cryptocurrencies adoption goes through these projects. The more there will be these solutions, the more the blockchain system will enter people’s everyday’s life.
With that said, the ecosystem is to be increased by bettering the wp
We’re waiting the products’s draft release
Good team and good vision
In my opinion there’s too big a gap between hard cap and soft cap

They have a great team and its good to see that three of their team members have passed the kyc. Their vision to provide a comprehensive blockchain platform for instant payment will need more marketing as a there is a lot of competition in this area.