Next generation video delivery powered by you

Theta is a decentralized video delivery network, powered by users and an innovative new blockchain. Theta is an open source protocol purpose-built to power the decentralized streaming network and will allow for vertical decentralized apps (DApps) to be built on top of the platform to enable esports, music, TV/movies, education, enterprise conferencing, peer-to-peer streaming, and more. SLIVER.tv’s DApp will be the first application built on the Theta network leveraging its existing user base of millions of esports viewers. 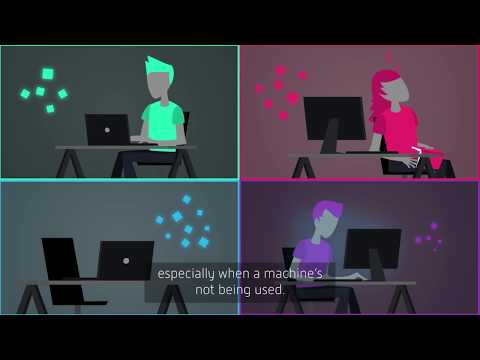 The Theta blockchain introduces three novel concepts: Reputation Dependent Mining: In the Theta protocol, the caching nodes play the role of miners in the blockchain. The block reward is not a constant, but depends on the reputation score of the caching node that mined the block. To obtain more mining rewards, miners not only spend computation power to mine blocks, but also relay video streams to downstream viewers to increase their reputation scores.

Global Reputation Consensus: ​We propose a mechanism for the Theta network to reach the global consensus on the reputation scores for each caching node. Proof-of-Engagement: We introduce a novel Proof-of-Engagement scheme to prove that viewers legitimately consume the video streams, providing better transparency to advertisers and a basis for viewers to earn Theta tokens for engaging with the content

High risk at team. Is this streaming network a proven workable technology?

The team behind the project is small but solid.

P.B. Stanton Esq.
Securities and Banking law | Former US Marine JAG Officer | Complete legal advisory
Rated on Jan 30, 2018
3
3
3
4%
This rating's weight is reduced by 50% as there is no review added.

This is really good project with awesome team. Team have a solid background and working with good progress. I would recommend this to investors, will be competition to other projects like Gladius.

What's fascinating about Theta Network now than ever before is the underlying sentiment of CDN video networks that are hosted on large data centers are being attacked by regulators for manipulating or at minimum avoiding oversight of video content. You only have to watch YouTube and see that an audience of disgruntled content providers get booted off the system and/or see limited access of their content to fans of their videos.

The control held by the largest media companies have tight control of their bandwidth and content network and can deny anyone the availability to post content that doesn't meet their guidelines. We've lived with this central bank approach to media networks for 70 years.
Theta Networks is allowing the users on the network to govern and offer their available bandwidth to stream content and be rewarded for renting their memory and storage to others in a decentralized media network to stream content.

Theta Network, because its decentralized could very well be a Zero to One startup by opting to focus on accelerated markets like esports, gaming, education, and conferencing in many countries at the local level of distribution.

The TFUEL token is now available for trade on Binance exchange and doubled on their first day of availability. This token didn't seem to catch the eyes of many because the market was oversaturated with negative ICOs when they announced. However, the updated roadmap and the solid team with a Silicon Valley investment makes this a potential winner as more millennials seek other alternatives to earning in the gig economy and support to an infrastructure of "mesh streamers" for a new category in media.