Tezos is a decentralized blockchain that governs itself by establishing a true digital commonwealth and facilitates formal verification, a technique which mathematically proves the correctness of the code governing transactions and boosts the security of the most sensitive or financially weighted smart contracts. 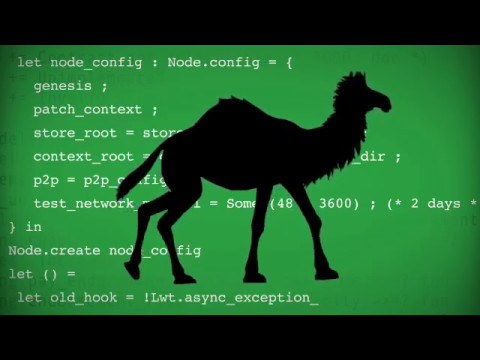 While all blockchains offer financial incentives for maintaining consensus on their ledgers, no blockchain has a robust on-chain mechanism that seamlessly amends the rules governing its protocol and rewards protocol development. As a result, first-generation blockchains empower de facto, centralized core development teams or miners to formulate design choices.

Tezos takes a fundamentally different approach by creating governance rules for stakeholders to approve of protocol upgrades that are then automatically deployed on the network. When a developer proposes a protocol upgrade, they can attach an invoice to be paid out to their address upon approval and inclusion of their upgrade. This approach provides a strong incentive for participation in the Tezos core development and further decentralizes the maintenance of the network. It compensates developers with tokens that have immediate value rather than forcing them to seek corporate sponsorships, foundation salaries, or work for Internet fame alone.

Tezos instantiates new technical innovations but also enforces types of constitutionalism through the use of formal proofs to mathematically verify that key properties are upheld over time. By allowing stakeholders to coordinate on-chain, the network also allows for the creation of bounties to implement specific features or discover bugs. Collectively, the network maintains the decentralized aspect of blockchains while introducing a mechanism to enable collective decision making. Tezos tokens not only power smart contracts in the network, but also allow votes on protocol amendments. The initial Tezos rollout is simple by design, but its self-amending nature means that the rules governing the network can be improved over time.

Mofassair Hossain
CEO and Founder Perhalic, ICO and IEO Advisor, Investor, PR and Marketing Expert
Rated on Apr 18, 2018
3
3
3
12%
This rating's weight is reduced by 50% as there is no review added.

Really solid project, it demonstrated efficacy and real use cases in a new hi tech sector
The vision is strong and compelling.
Solid team behind the project even if there are too many linkedin links showing. Really big amount of funds were raised.