Scruge is a DAO for tokenised crowdfunding. Using a decentralised stable cryptocurrency and governance by prediction markets, we bring a transparent and decentralised mechanism for conducting crowd sales. 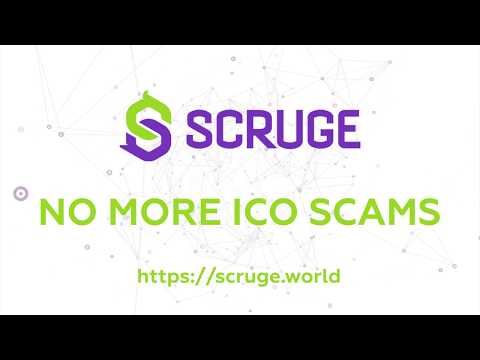 1. Before the campaign, founders publish a roadmap, describing timeline and share of overall funding they require at each stage.
2. After the finish of a successful campaign, raised money gets locked in stable cryptocurrency in smart contract on the blockchain
3. When the deadline for milestone approaches, founders present evidence and report on their progress
4. Funders vote whether to release next portion of funds
5. If the majority of investors vote to release funds, then funds are released, and the project continues. If the majority votes no, then unspent money stored in smart contract get returned to funders.
6. Repeat steps 3-5 until all milestones have passed, or money has been returned at some point.

Even though KYC does not guarantee ICO success nor is a call for investment, the process verifies the key members of the founding team as a first key test.

Will rate this project after the team passed the KYC.