Send and receive energy anywhere in the world 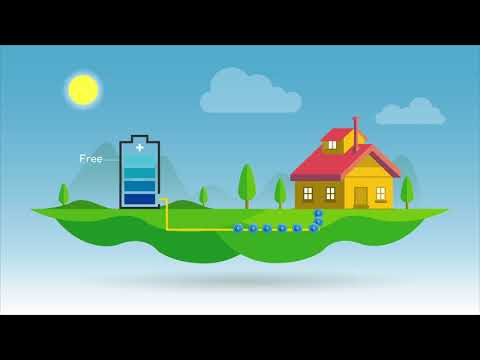 As energy consumption is expected to double until 2030, the world is looking for new distributed energy development models to directly connect end users to producers, to allow consumers direct access to accountable, cheaper energy and to provide producers with increased ROI; enabling a faster renewable energy deployment around the world.

Our solution is a new ecosystem - Restart Energy Democracy - one that exists inside the current legislation in deregulated energy markets and that provides incentives for consumers, producers. and local micro entrepreneurs, or even other private suppliers to participate.

It's a system built on blockchain technology, that virtually connects energy consumers to energy producers (prosumers) with smart contracts, so that they may trade directly under our supply license or under a different private suppliers license.

Allowing consumers to virtually buy energy directly from producers reduces transaction risk and payment collection costs for the suppliers, creates higher revenues and a finance solution for producers, and reduces the cost of energy for consumers, while at the same time offering entrepreneurs the possibility to start their own power retail business with our franchise.

As we already have 30,000 customers, we will have first mover advantage compared to all the other energy ICO's.

I like the team and vision. Best of luck guys

Mofassair Hossain
CEO and Founder Perhalic, ICO and IEO Advisor, Investor, PR and Marketing Expert
Rated on Jan 21, 2018
4
4
4
7%
This rating's weight is reduced by 50% as there is no review added.

Green power is electricity that is generated from resources such as solar, wind, geothermal, biomass and low-impact hydro facilities. The increasing availability of green power enables customers to accelerate installation of renewable energy technologies. Nowadays more green power sources are developed displacing conventional generation. Renewable energy technologies are clean sources of energy that have a much lower environmental impact than conventional energy technologies. Renewable energy will not ever run out. Other sources of energy are finite and will be depleted some day. Meanwhile, solar energy prices have dropped by around 62% since 2009, while offshore wind costs have also halved in recent years, reaching 65 Euro per megawatt hour in 2017. As a result, governments are seeing record-low prices for solar and wind at power auctions, and subsidy-free solar and wind farms are now being developed. Members of the European Parliament in Strasbourg voted in January to approve and adopt a sweeping set of measures that will ensure the growth of renewable energy, energy efficiency, electric vehicles and advanced biofuels in the region. The Clean Energy Package requires that the share of renewable energy in the region should be 35 percent of the final energy consumption by 2030. Restart Energy is building a global energy supply platform using a blockchain protocol to connect directly end users to producers to allow consumers a direct access to accountable, cheaper energy and to provide producers with increased ROI, enabling a faster renewable energy deployment around the world. It is the first ranked independent energy supplying company to the household markets in Romania. The Restart Energy is all set to put its first step into the blockchain technology and cryptocurrency industry to bring out a new version of energy trading. This is not a start-up but a company that provides energy to a whole country (Romania) and that received 20 million dollars in 2017 and has already provided their services for more than 30,000 existing customers in Romania. The company is already the number one energy provider in the country and it is aiming to grow globally now. Restart Energy Democracy Platform (RED-P) is a global, decentralized energy supply platform. Consumers and producers register to use the RED-P to gain access to global energy supply, intelligent wi-fi meters, watt prediction software and P2P energy exchange. Restart Energy will operate with a two-token model - the RED MegaWatt and KW tokens, with each token being ERC-20 compliant. The RED MegaWatt Token will be issued in the token generation event and the holder may choose to consume or trade on the RED-P together with the energy related rights. In addition, the tokens will be listed in the popular cryptocurrency exchanges where they can be traded freely. The KW tokens are intended for the transactions use on the RED platform. An even more interesting fact about the token is that it acts like a virtual battery to store energy! WP is a long document (88 pages), well laid out, informative and comprehensive. The website is offered in different languages like Spanish, Italian, Russian, Chinese, French and a few others. The site presents a core team of 14 experienced people, plus 12 professional advisors. One of them, Catalin Sorin Ivan is a Member of the European Parliament. The website is very well done, featuring all the usual links for an ICO and is easy to use. A strong presence on Social Media is usually a good indicator of company’s popularity - in the Telegram chat (more than 9,400 participants), Twitter (12,300 followers), Facebook (17,540 followers). There are also active threads in the Bitcoin forum. Finally, the company is well established. This is a BIG Project!! Great Long Term Investment!

Artem Kharchenko
Advisor, IT entrepreneur, information security expert.
Rated on Jan 22, 2018
4
4
3
4%
This rating's weight is reduced by 50% as there is no review added.

I do think this project won't succeed on long-term. The team has no experience in blockchain technology or by any big backings or experience in Energy Industry. Making it a young, inexperience in a country with HIGH birocracy & corruption vs Estonia or Australia.
Please check last events & ratings by European Parliament.

The be more specific they woke up recently that they are blockchain experts while they cannot install an Ubuntu OS and make an Ethereum node to work without any expensive external work. And some of them come from BANKING system, one of the most cancerous system in Romania. Usually these teams aren't created by real experience are created by an phenomenon called 'nepotism'.

Already there is a trend with "Energy platforms" . When they are only a hand of providers over Europe. So the vision and product is not new and not original by any means. The market of Energy platforms becomes over saturated. As in MARKET PLATFORMS it can be only two or tree at MAX. You can see Amazon, E-bay and Alibaba. Each has a well defined regional segment. This is getting to much. Also the energy isn't cheap at all in Romania and it imposes a lot of fees even if it comes to "green energy".

This is an Romanian energy re-seller with little power or actual market share, in a market were it faces a lot of corruption at energy level.

Currently many big projects have already signed deals with important providers and promises letter from providers in their area making their market share even smaller. While their product doesn't have any real backing.

The product way over budgeted considering we are talking about a country where a lot of work is cheaper then this "Team" is paying themselves already by this vs. the re-investment. Basically they will pocket so much that they can basically dump this project and do whatever they want locally in their country.

Another red signal is the fact that they have sold over 80% in Pre-sale making it unavaiable for the large public. In danger of creating just a few whales and prune to market manipulation.

Maxim Kiselev
Investment banking and Compliance professional. Cryptocurrency enthusiast.
Rated on Jan 22, 2018
4
4
3
2%
This rating's weight is reduced by 50% as there is no review added.

Team: Team are experienced and truly building the platform and making good on their promises. Given how they have met and beat every milestone so far I continue to have faith in their ability to make the MWAT platform happen.

Vision: Having a decentralized energy marketplace will reduce the cost people pay for power to their homes, while increasing the price at which suppliers can sell. Cutting out the middle man will bring supply and demand pricing closer together

Product: Lower score on Product because the beta is not live, nor is the platform up and working CURRENTLY. They are gearing up for a fast start in the coming months. Given their current growth, they should be up and running quite well before EOY 2018

Integration of blockchain in the RED platform

Product launch with a selected producers/consumers