Renewable Energy Network Based on Decentralized Organization is an upcoming cryptocurrency start-up venture that aims to set up wind farms for the production of green energy. The primary objective of this project is to collect adequate funds for the installation of up to 52 wind turbines through an Initial Coin Offering (ICO). The shares of the company will be divided on the basis of the number of coins that are purchased during the ICO. This project is the brainchild of Eco Smart Energies Ltd, an organization founded in 2015 by a group of industry specialists. Prior to the launch of the RENBDO platform, they were engaged in production and distribution of electricity. 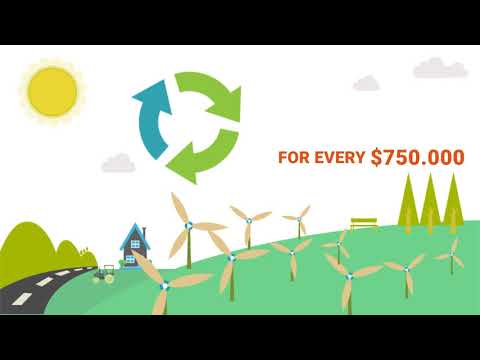 One of the burning environmental issues we encounter today is the excessive pollution caused by human activities such as indiscriminate burning of fossil fuels and deforestation.

This has necessitated the introduction and implementation of environment f riendly options such as wind turbines.

These turbines are capable of producing mechanical energy that can be transformed into electrical energy, using wind energy converters linked to power distributors.

Wind energy is considered to be one of the safest a nd better options in solving the global energy problems because of the fact that it utilizes renewable energy resources that reformulate the production model through the model of development.

Renewable Energy Network Based on Decentralized Organization (Re nbdo) is a concept that aims to set up a wind farm for the production of green energy. The primary objective of the project is to collect funds through an Initial Coin Offering (ICO) for the installation of up to 52 wind turbines. Eco Smart Energies Ltd, t he company undertaking the project, aims to divide the company shares based on the number of coins purchased during the ICO.

Installation of Wind Turbines and distribution of first profit shares.

Nafen nanofibers are able to change the mechanical and chemical properties of a variety...