PVPCHAIN is a global E-sports Eco-trusted Network through PVP e-sports ecosystem solution to Empower e-sports participates around the world the right of voting and to realize crowd-governance of events. We believes a promising sports market should be open. At PVPChain, every team member is devoted to breakdown the monopoly and give power to users. PVPChain's vision is to democratize the e-sports industry same way as Uber and Airbnb. PVPChain is offering the opportunity for you to join us while receiving regular income stream through our already operated business activities. 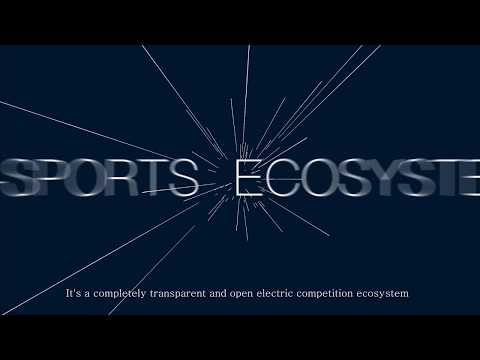 The vision of PVPCHAIN is to reach event commercialization and sportization, thus refining the sector’s overall competitiveness and business conversion ability. Besides, PVPCHAIN advocates the industry should go ahead consistently along the sustainable path where all nodes optimize and protect resources of the Alliance. Moreover, PVPCHAIN calls for maintaining the free development of both events and players in the principles of openness, equality, and mutual benefits. Given that, the industry will finally achieve its sportization and marketization and realize the e-sports 3.0 in which events are under crowd-governance.

PVPCHAIN is going to realize crowd-governance in more than one business scene including management of e-sports clubs’ players, event anticipation and digital asset exchange between players. On the one hand, by voting and electing mechanisms of smart contract in the blockchain, PVPCHAIN will allow audiences to intervene in e-sports club governance and gain operation earnings rather than being event witnesses only. In this way, PVPCHAIN will make available seamless interaction between players and their teams. On the other hand, PVPCHAIN will establish a distributed e-sports anticipation protocol to get independent objective estimates from lots of participants which are not controlled by any third party. Additionally, PVPCHAIN will, through a decentralized players’ digital assets exchange protocol, ensure player’s digital assets to be transferred between different games and game platforms, and protect player’s interest from being damaged.

An ambitious project that aims to land in a very complicated market, rich and full of very influential competitors, so it will serve hard work, innovation, and an excellent value proposition.

The team is quite complete but not international, while some figures, like the blockchain developer are missing. It is almost impossible to verify the background of some of the members, while others do not even have a linkedin profile.

Social and communication channels quite neglected and in which the community is missing, while on github there is no movement.

A fairly complete website in information and well composed, while the whitepaper is a bit boring, a long promise, some problems, a couple of solutions and a very technical description. Business models, tokenomics, value proposition and token distribution are unclear and do not offer a dynamic view of the functions of the new platform.

The MVP is present, but only in Chinese, so if you do not speak this language, MVP is not there. There are only a few weeks left until the end of the ICO and I think they are very late with developments and improvements.