Our unequal world desperately needs changes, but the power to change is limited by resources, reserved for the privileged few. We are here to level the playing field; We believe small, personal, local changes are bound to lead to bigger shifts in the society. That’s why we want to make sure every voice has a chance to be heard, every idea has enough fuel to get off the ground. To remove any barriers for the spirit of giving, we created a place where ordinary people can raise money without actually paying money from their pockets. PowerShare is where crowdfunding meets mining for cryptocurrencies - simply by keeping a browser tab open, visitors can convert unused computing power to fund ideas and causes which are important to them or others. And while our algorithm runs to power up a chosen cause, supporters also generate a steady stream of income which turns helping others into a mutually beneficial enterprise. By revolutionizing fundraising, we exist to provide means to change for anyone willing to do so. 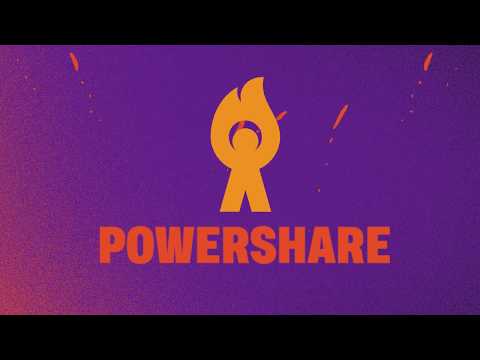 Browser-based cryptocurrency mining is the method of cryptocurrency mining that is executed inside the browser with the help of Java Scripts [10]. It was first used in May 2011 by bitcoinplus.com [11] - “It used JavaScript code for pooled mining, and website owners could sign up to the service and embed these scripts into their web pages to make page visitors mine for them” [12]. At that time the Price of Bitcoin was edging towards its first notable peak of 30 USD, and the difficulty levels were comparably low as ASIC miners had not yet been introduced. However, the fundamental problem of the innovative concept was the amount of reward generated by mining, and the project was soon declared dead. The first revival of browser-based cryptocurrency mining was in December 2013, when a group of MIT students introduced Tidbit, which was supposed to create an alternative stream of revenue for web pages. Soon after its launch this project was closed as it was prosecuted by the New Jersey Division of Consumer Affairs on charges of accessing “New Jersey computers without user’s knowledge or consent”. Despite these past failures, Coinhive released browser-based cryptocurrency mining scripts in September 2017. The biggest difference from its predecessors was that Coinhive script was created to mine Monero (XMR), instead of Bitcoin. In other terms the method is more or less similar to Bitcoinplus.com and Tidbit. The main reason why Coinhive succeeded was the surge in the cryptocurrency markets in 2017.

Idea Formation
Launch of the Prototype
Data Collection and Analyses