The Blockchain Payment Infrastructure For the Unbanked

Panerora is a new blockchain-based payments system designed to provide a long overdue banking system for the people of Africa. The region is criminally underbanked and primed for expansion by blockchain companies. Panerora upholds a strong commitment to the region and its people by building critical infrastructure and operating a fast, secure, and zero-fee alternative to traditional banks in the region. Panerora is an ERC-20 token and utilizes a unique gasless protocol resulting in next to no transaction fees. This gasless protocol also results in the continued reduction of circulating supply, helping the continued health of the currency. Its with this commitment and unique protocol Panerora will help the general public. Panerora plans to build unprecedented amounts of regional branches in many parts of Africa, bringing valuable services to the general public. Data shows that the public will use local bank branches if they are available, yet they arn't. This is due to a multitude of reasons, yet Panerora sidesteps them all by decentralizing the access of payment and banking solutions into the hands of masses, allowing them to be their own virtual banks. 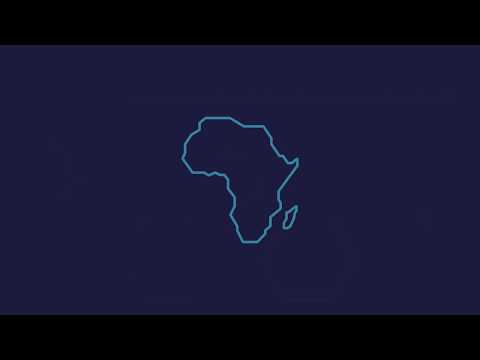 Panerora is a digital peer-to-peer payment system, allowing individuals to exchange funds at a fraction of the traditional cost and time from anywhere in the world. Panerora is an ERC-20 token, which is a smart contract utilizing the Ethereum chain. A smart contract is a protocol intended to digitally facilitate, verify, or enforce the negotiation or performance of a contract. These allow the performance of credible transactions without the intervention of a third party. These ERC-20 tokens can represent a wide variety of digital assets and are secure, quick, and can be utilized in numerous different ways. For Panerora, that purpose is building a secure, quick, and inexpensive means of transferring money to those who may be without banking services.

Panerora will offer a unique system, tailored to the needs of the African people. By establishing numerous local branches and partnering with otc exchanges, offering PNR to fiat conversion in these branches, and by operating off the Ethereum network, Panerora has alot to offer the African population. What Panerora enables is fast, inexpensive, cross-border money transfer. Say someone wanted to send money from France to a relative in Africa. They would have to first go to their bank, pay a fee, and then the bank would begin the long process of transferring this money to the individual in Africa. Not only would this take a long time, the recipient may have to travel a substantial distance to their own bank, or anywhere where they can collect this payment.

Whats more, this may not even be possible due to the high number of unbanked individuals in general, citing the inconvenience of finding a branch as well as general mistrust for banks. How Panerora differs is mainly in the commitment in offering the best coverage with regional branches, but has key differences due to leveraging blockchain technology. With Panerora, the previous situation plays out rather differently. The person sending fiat converts to PNR, sending it from the comfort of their own home and paying next to nothing to do so. The PNR then arrives in seconds rather than days, allowing the recipient to then go to any local branch or over the counter exchanges to withdraw into the currency of their choosing. It is important to note that plans are in place for major financial bodies to transfer with Panerora in much the same manner, with the network able to support billions to trillions of dollars worth of transactions sent in mere seconds or minutes, rather than days.

My respect to the team and to the project, which make big efforts to make peoples' life in Africa more good and wealthy. What I see - a lot of people and companies worldwide aware and make huge efforts to bring Africa close to the same level of wealth like rest the countries on Earth. This process continues at least for decades and has only one solution: people onsite should made that changes themselves! I clear see that Panerora project does all the possible efforts for making peoples live in Africa finally Banked. Best luck to all of you!

ICO Stage 3.
Local promotion in South Africa (Sandton, Johannesburg).
Talking to investors and stores that will accept PNR as a payment method.
Exchange listings near the end of the ICO.
Hold a conference in South Africa, Johannesburg about the world of blockchain and Panerora.

Increase rapid adoption in Tanzania via marketing and holding meetings with large investors.
Growing of PNR accepting stores to over 500 in both Tanzania and South Africa.
Plans to make OTC exchanges compatible with PNR.
End of January Botswana office officially opens and Botswana CEO appointed.
Monthly meeting with teams via live call recorded and published in a blog.
Hold 2 conferences in Bloemfontein and Pretoria.

With increasing stores across these countries accepting PNR the domino effect is planned to
take place with the addition of word of mouth marketing, plans to have over 3000 stores
from food to motor dealers accepting PNR.
Rapid increase of ease to convert PNR to Fiat via local exchanges.
Quarterly meeting with private, institutional & retail investors live, about the further
expansion progress and development of the PNR blockchain payment economy with
additional talks of which order of countries to execute expansion into.