The solution for fast and furious ICOs market, your ICO advisor. OZEX aims to restore the credibility of the cryptocurrency markets back while establishing a healthier and a conducive environment for credible ICO projects to foster. OZEX provides an additional screening to identify good quality ICO projects and plays an advisory role in assisting investors to invest in verified cryptocurrency projects. The OZEX platform will provide futuristic tokens to investors which are created by the OZEX development team. Traders and investors can utilise these OZEX tokens in the ICO market. This way, traders and investors can remain assured that the ICOs have been verified by the OZEX and are relatively safe projects to be invested. This helps to weed out the bad players in the market and by owning OZEX tokens, verified and credible ICOs will get distributed automatically. OZEX acts like a clearing corporation for the ICO market providing an environment to create fast and effective ICOs. The OZEX platform is developed by a team of highly qualified and experienced individuals from the crypto space that work in coordination with different companies to help them build their digital tokens. The OZEX team performs a thorough check on participation, stability and profitability of ICO tokens before suggesting it to its investors. The OZEX whitepaper clearly states that the owners of the OZEX token will be qualified to earn their tokens automatically as the OZEX platform will airdrop them using Smart Contracts. In short, OZEX is more sort of a business token where investors can swap the OZEX tokens in exchange for the digital currencies the businesses have to offer. 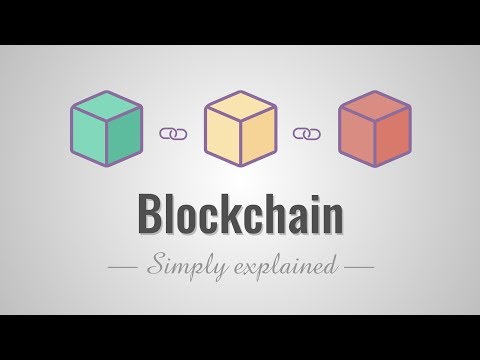 It is a new compound word of ‘Aussie’ and ‘Exchange’. Australia has Uluru regarded to as the centre of the world and given that, OZEX is named after Aussie (or Oz) and aspires to be the world central coin in the cryptocurrency market.

As the interest towards cryptocurrency has been increased since 2017, the number of ICO coins has also risen (according to icorating.com, there are 92 ICO coins registered from 2017 to February 2018). In the earliest phase of the ICO, once new coins were listed on the exchanges, the value of those coins was soared up to hundreds of thousands of margins in comparison with their initial value, which apparently attracted more investors exponentially. However the problem of the ICO has been exposed, as more investors got into the exchanges. According to the article “initial coin offerings” which Ernst & Young has produced, more than 10% of ICO proceeds are lost as a result of attacks. As one of the cases, Prodeum based in Lithuania started ICO on 25th of January in 2018 and disappeared at night on 28th. Back then, Prodeum promised to “revolutionise the fruit and vegetable industry” by putting it on the Ethereum blockchain. It sought to raise $US 6.5 million dollars (5,400 ETH worth) and vanished after raising only $US 11 dollars in total from investors in ICO. Another, OneCoin was another example which was once regarded highly as promising and is now turned out to be a Ponzi scheme in April, 2017. Before the exposure, it raised roughly $350 million dollars. In addition, Confido is another example, which raised up to $370,000 and vanished as well. Technically, the trust of companies running ICOs has been very controversial. It is significantly hard to figure out the process of development and the actual potentials of companies running ICOs without visible outcomes. Some of those companies misused the unpredictable situations and disappeared with raised money. Thus there are websites investigating those scams such as https://icoindex.com/index/scam and https://isthiscoinascam.com/

Most of the investors are not experts. Thus, those who are willing to invest should raise their own insight towards companies who run the ICO with clear vision, low possibilities of fraud, rather than consider to maximize the profits. What OZEX provides is following:

To begin with, when it comes to the convenience for ICO investment, OZEX has a variety of experts who have experienced through all the process from the mining to the trading for many years. OZEX offers you to participate in the ICO with selective coins if you hold OZEX tokens and those coins/tokens and ICOs will be assessed and validate by experts with professional insights. Secondly, in terms of the stability for ICO investment, based on the proven knowhow and consultant delivered by cryptocurrency experts, OZEX evaluates the credibility of the companies and their financial and technical visions. Thirdly, with regards to the profitability, it is general that the price of coins and tokens are increased comparing to the initial price once the coins/tokens are listed on the ICO exchanges. For example, the ROI, Return On Investment, of NEO is 5253% and that of Populous is 3821%, however, there is Nimiq, the ROI of which was -153%. The average ROI ETH, according to icostats.com, is 223%, but it is highly possible that the average ROI can be soaring more up than what is believed if the core vision of company and its marketing fuel it up.

OZEX will be listed on 2 exchanges.

OZEX will be listed on big exchanges.