mCart protocol is a decentralized influencer marketing attribution platform that addresses the needs of shoppers, influencers, and marketers by leveraging the smart contract capabilities of the Ethereum blockchain. Using these smart contracts, marketers and influencers will be able to transparently and verifiably collaborate while giving each participant the right financial incentives to participate in the ecosystem. 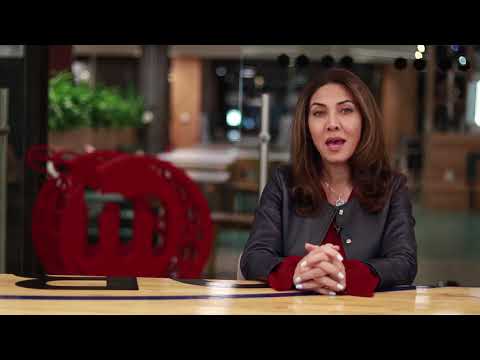 Despite the fact that inﬂuencer marketing is one of the most effective channels for reaching shoppers and the fastest growing due to shopper behavior changes, the adoption of the channel has been full of challenges for both retailers and inﬂuencers.

It’s in the best interest of the retailers and inﬂuencers to work together to drive the sales of their best products to consumers. However, due to a lack of transparent and verifiable data and the potential presence of bad actors, each party is forced to fend for themselves: inﬂuencers are
incentivized to claim contribution to every sale while retailers and marketplace operators are incentivized to dispute these claims and avoid paying for any sales. The main reason is lack of trust and transparency. In addition to a lack of trust, inﬂuencers have to go through the pain of
reconciling records with accounting and audit departments of retailers, not only wasting their time and resources in the process, but also experiencing potentially long delays in getting access to their rewards. Retailers, on the other hand, have to invest in systems necessary to keep track of, audit, and compensate inﬂuencers through a financial system that is not optimized for many small transactions. Many retailers reported that they have to outsource their inﬂuence marketing channel to affiliated middlemen while maintaining it internally would be very lucrative if they could afford the burden of technical integration and financial management.

Blockchain technology has been revolutionary by allowing anyone to own and transfer assets across an open financial network without the need for a trusted third party. With the advent of smart contracts on these networks, we can now go beyond financial assets. Building on these characteristics of blockchain, the mCart smart contracts have the opportunity to address the lack of transparency and trust in the retail marketing value chain as well as the undue burden of managing and dispensing value in many small financial transactions and unlock significant amount of existing value for everybody involved, including the shoppers.

This vision is being achieved by leveraging a series of smart contracts for decentralized inﬂuencer marketing attribution on the Ethereum blockchain. Using these smart contracts, marketers and inﬂuencers will be able to transparently and verifiably collaborate while giving each participant the right financial incentives to participate in the ecosystem.

Strong team and great concept.
Would like to see more on the side of development. e.g. Prototype of the application.

Emmanuel is an Entrepreneur, Technologist and Investor in the Blockchain space.

business leader with a background in fashion and technology.

entrepreneur and an Internet visionary, and a former vice president at Oracle Corporation

Currently Chairman and CEO of eAccess and eMobile

Shayan is an entrepreneur, investor, and advisor