Komodo is an end-to-end blockchain infrastructure solutions provider. Consistently recognized as one of the world’s most innovative blockchain projects, Komodo is the only blockchain platform with a multi-chain architecture and the ability to provide each and every external project with independent infrastructure. It is this unique architecture that allows Komodo to host a global, interoperable blockchain ecosystem that’s independently scalable and secured with the power of the Bitcoin network. 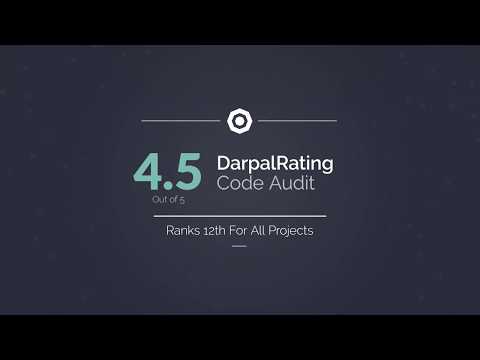 Did Komodo have an ICO?

What has Komodo accomplished since the ICO?

What is Komodo all about?
Komodo’s technology is driven by these 4 Pillars of Blockchain Technology:

Security - Komodo’s innovative delayed-Proof-of-Work (dPoW) security mechanism protects the entire ecosystem with the power of the Bitcoin network. To compromise a protected chain, an attacker would need to overpower both the KMD network and the BTC network— at the same time.

Scalability - Komodo gives each project the autonomy to control their own independent infrastructure and dedicated blockchain. On top of that, every project has the freedom to scale out at any point in time by adding additional blockchains to linearly increase performance as needed.

Adaptability - Komodo is an open-source project that is constantly innovating and developing. All new features are pushed to every project in the ecosystem. With a future-proof blockchain architecture, Komodo gives every project the ability to create modular, customized solutions for any situation.
With these 4 pillars in mind, Komodo is working towards its mission of accelerating the global adoption of blockchain technology by innovating cutting-edge features that remove barriers to entry for developers, blockchain startups, and existing businesses alike with simple, end-to-end blockchain solutions.

What makes Komodo unique?
The underlying architecture of Komodo is what sets it apart from other blockchain platforms.

Other blockchain platforms are a single blockchain with support for smart contracts and decentralized applications. Accordingly, all projects that build on one of these platforms are forced to share the same infrastructure.

This single, shared blockchain architecture is a recipe for crippling congestion. It’s also a huge barrier to the growth of the individual projects that build on these platforms as well as an obstacle to the mass adoption of blockchain technology.

Komodo has a unique multi-chain architecture that gives every project their very own dedicated blockchain with independent infrastructure. If one chain isn’t providing adequate performance, additional chains can be added to scale out and increase performance linearly.

All the blockchains in the Komodo ecosystem are secured with the power of the Bitcoin network and seamlessly interoperable with every other chain. And, on top of all that, each blockchain launched with Komodo can support smart contracts, including the ability to tokenize at a ratio of one native to as many as 100 Million tokens. The possibilities are endless.

What is Komodo working on now?

Development at Komodo happens at breakneck speed so it can change on a week-to-week basis, but here are a few things that the Komodo Team is currently focusing on:

This is only a partial list but it includes most of the major developments currently taking place at Komodo Platform.

Solid project, it demonstrated efficacy and real use cases as new multi-chain architecture and the ability to provide each and every external project with independent infrastructure.

The vision is really wide and compelling, as unique architecture.

Solid international team behind the project, even if kyc has not been done.

decent amount of funds were raised.

Komodo brings a new approach to algorithms, decentralization of icos, and decentralized exchanges. It is practically a privacy coin, platform, and dex in one project. Although Komodo is a coin without much hype, it's definitely a project to look out for.

Komodo evolved from a completely decentralized product by JL777 to a project that is allowing companies to create groups of blockchains. Redfox has proven the need for such a concept, and this highly undervalued project was a quiet leader in enterprise-grade customizable blockchain solutions - (way before even Ontology and MOAC)

Thousands of atomic swaps made publicly on Komodo’s DEX.

Komodo bridged the gap between Bitcoin-protocol-based coins and Ethereum-based ERC-20 tokens, providing support for 95% of coins and tokens in existence.