From virtual to reality using blockchain

IZX provides a monetization platform for independent developers of games with elements of augmented or virtual reality. The advertising provider may choose games that will be used for its promotional events, their developers get royalties. IZX is based on a blockchain platform, its code is open source, and it has no geographical boundaries. 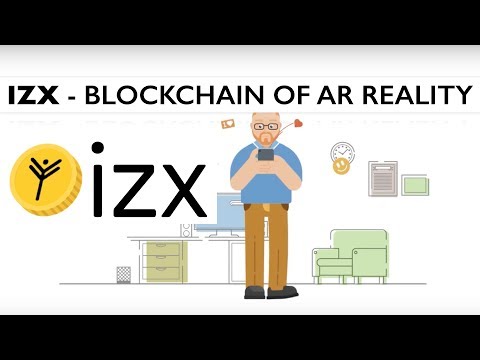 Our audience is represented by — a street walker staring at his smartphone. Our mobile application makes him a keen player running around the city looking for tokens. Tokens for players look like a tempting pizza, a cup of coffee, or money.

They are scattered across the city. The player can find them on the map, come closer and point the camera of any smartphone with IZX application installed at a token.

The player can use tokens to buy something that is drawn on them - at a pizzeria, cafe or store of the company that scattered the tokens to solicit new customers.

The player who istalled IZX app automatically becomes the owner of a crypto-wallet. He gets his cryptotokens by getting his first virtual prize via IZX app.

Any prize found by the player is represented by IZX tokens and can be exchanged at the market exchange rate to another cryptocurrency.

Advertising providers buy IZX tokens and turn them to coupons, prizes or other artifacts for promotion campaigns aimed at new customers solicitation and loyalty programs implementation.

We provide a platform for independent developers of games with elements of augmented or virtual reality. The advertising provider may choose games that will be used for its promotion events, their developers get royalties.

IZX is based on a blockchain platform, its code is open source, and it has no geographical boundaries. We offer equal possibilities for all advertising providers, developers and players.

Alexey ZagainovICO team member replied on 23 Jul 2018
Hello!
Thank you for your independent opinion, we appreciate any interest to IZX project.

We are developing and growing fast - IZX today is different than it was at the end of April.
Our team is growing and community is growing all over the world

Alexey ZagainovICO team member replied on 23 Jul 2018
Thanks a lot!
We with the team working hard every day to build the ideal platform for developers, bussinessmen and players.

Purushotham Maralappa
Consulting Manager at Emurgo, Blockchain and Tokenization advisor
Rated on Mar 8, 2018
5
5
4
5%
This rating's weight is reduced by 50% as there is no review added.

But why does it have to be yet another project with a simple MVP again? I strongly believe that the market currently needs more projects with alpha versions before it should be ready to ask community for monetary support on an TGE level. Also, the team lacks KYC and solid, internationally known advisors, which kind of raises a flag for me.

Alexey ZagainovICO team member replied on 23 Jul 2018
Thank you, Julian!
We continue our work with enthusiasm and passion

Not very innovative application of the AR technology (already played the game), but a good example of blockchain implementation. Solid team, not Advisors. KYC not conducted yet. Waiting for update.

Alexey ZagainovICO team member replied on 23 Jul 2018
Thank you!
We will be glad if you return your opinion to our project again, because we have some steps up and impovements

Some Pros of the project include:
- Agile methodology for product development.
- Players earn cryptocurrency through the game.
- Well detailed technical paper to explain the methodology.
- MVP is available.

Some Negatives:
- KYC pending from the team.
- Scope of improvement in bringing relevant advisors on board covering more geopgraphies.

Alexey ZagainovICO team member replied on 23 Jul 2018
Thank you for interest to our IZX project!
We appreciate every opinion and it works like motivation for IZX team.
Since december we made a big progress and added some new functions to our product. We will be happy if you pay attention to IZX project again :)

IZX has demonstrated consistent traction since the first review in April. The project launched the MVP, expanded its team (nevertheless the KYC is still pending) and updated the product vision.

The birth of an idea. Launch of project

Finalizing the product for advertisers of different segments

Formation of the development office, negotiations with large publishers

RoadShow in Asia and United States

IZX presentation at international conference in Jakarta. Testing of IZX as an airdrop platform