HybridBlock is the world’s most innovative trading and education platform for leveraging the disruptive technologies emerging from the blockchain space. It is an alternative for those who want to benefit from the explosive growth of cryptocurrencies without the high risk and complexity that accompanies digital asset trading. HybridBlock is simply the most efficient and effective way to participate. 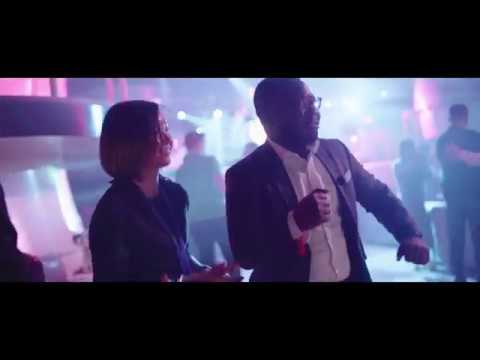 We stand at the edge of a precipice. While the world-at-large isn’t fully aware yet, people close to the blockchain community can feel the pending revolution. But this isn’t a sad revolution. It’s a joyous one.

Throughout human history, we’ve seen the baton of power seized by distinct players across the shifting eras of our evolution. From churches, to monarchs, to banks, to corporations, and now—to the ‘collective individual.’

Never before has there been a system that can fuel independent power, somewhat ironically, through the consensus of strangers who are all part of the same grand, decentralized ecosystem. Never before has the prospect of borderless banking for the billions of unbanked people in third- world countries been a potential reality. But here we are at the precipice, staring at the opportuni- ty across the chasm.

Any paradigm-shifting revolution takes time, and comes with seemingly insurmountable hurdles to overcome. How do we educate the world to bring them past the fear of hackers and the dark web? How do we, from a technology perspective, responsibly scale a system with no central lead- er? How do we enable the poor farmer in Africa to instantly and freely receive currency from his son in South America, while also allowing big corporations to adopt the technology at enterprise scale?

These questions are already being addressed and answered by an army of blockchain enthusiasts. The community is hard at work, building a bridge to cross the canyon. And we’re excited to say that HybridBlock is playing a critical role in forming the foundation of that bridge.

HybridBlock is building an ecosystem that seeks to bring 100 million new people into the block- chain network over the next three years. We’re mapping out our lofty goals and partnering with the smartest people on the planet to execute our vision.

Our education platform, HybridCentralTM, will onboard new folks from around the globe into the blockchain economy. In parallel, our all-in-one trading ecosystem will bring a full suite of trading tools to blockchain’s burgeoning infrastructure, serving beginners (BaseTradeTM), intermediate traders (HybridExchangeTM), and professionals (HybridTerminalTM).

With former Olympic champions, investment bankers, Wall Street quants, and Whitehouse offi- cials forming our core team, we are poised and ready to bring our society into a new era of global freedom. If you can see the precipice in front of you, and want us all to land safely on the other side, you should consider supporting HybridBlock. We invite you to become an active participant in our story, and to be among the first pioneers to cross the bridge.

Strong numerous team with proper competences. Interesting product sought in the market with a good mass media coverage. If well implemented shoud be a success!

Finds the best price across exchanges and makes tx, end of arbitrage. Useful for me. But it is actually very similar to another recent project called OmegaOne.

Also, team and advisor share is 27% (much more than normal)

Anyway, hope you will be successful!