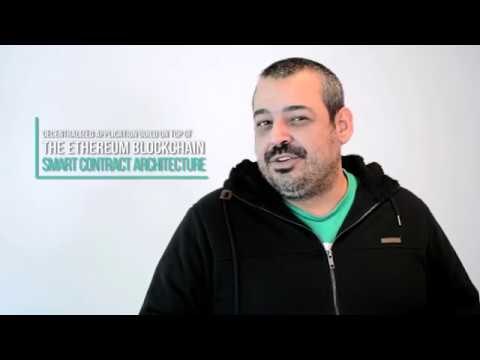 Godzillion is a Decentralized Marketplace that opens up the whole investing and capital raising cycle for startups and investors. Here people vote, fund and trade startups 24/7. Startups submit their proposals to be funded with a reward and people vote to decide if will be allowed to post an auction. If the Startup has been voted YES, the Startup can issue their tokens and people can participate in his crowdfunding campaign. You can sell the Startup tokens at any time. The DApp was built in Solidity (Architecture of Smart Contracts) and operates on the Ethereum Blockchain, using a token called GODZ. Godzillion’s DApp does not use a central server to run user processes or logs.

What are the problems that we solved?

Screening problem: Decentralizes the process of deciding whether or not to let a company publish its crowdfunding campaign through a voting system. A startup can offer an amount in GODZ as a reward to investors who vote, within a Smart Contract. Investors vote using GODZ, to decide whether a startup will have the right to post its campaign. Existing crowdfunding platforms charge fixed and variable fees and centralize the decision whether a startup will be allowed to post its campaign. Investors vote using GODZ and 95% of the reward goes to the voters who win, regardless if the outcome of the election is YES or NO. The losing voters share 5% of the reward. That implies that voting generates profit for the investors who vote, because after the vote they get their GODZ back, plus their share of the reward.

Liquidity problem: It increases the liquidity of this class of alternative assets. The dilemma today for crowdfunding investors is that after investing they are “stuck” in the investment. In the Godzillion DApp, there is a continuously operating exchange for trading these investments. Because of that, the growing companies do not face the decision whether to reinvest profits or pay dividends. Investors are not “locked in”. They do not need to wait for the company to pay them a dividend or be acquired. Investors can go to the exchange and place a sales orders for the tokens they bought and thus harvest their capital gains.

High costs: The Godzillion DApp does not charge fees on the monetary value traded; instead each user only pays the “gas” required to execute his request within the DApp. That means lower transaction costs for users, compared to the traditional paradigm of a percentage of the amount of capital. In order to decentralize the entire Startup financing process, including the voting phase that precedes a crowdfunding campaign, we created GODZ, which function as a voting token, attracting investors to vote by giving them a financial incentive. GODZ are also the units of value that investors use to fund startups on Godzillion. And GODZ are also the native currency of the Godzillion exchange where investors can buy and sell tokens to harvest their capital gains and dividends.