Giftcoin is a groundbreaking new system designed to revolutionise charitable giving. With con dence in the charitable sector being seriously compromised, never has cultivating trust with donors been more important. Our vision is to create a world in which every time you give money to charity and good causes, you have total trust that your funds are going exactly where you want them to. By giving absolute trust and con dence, we believe donors will choose to give more money to the causes they care about. At a time in history of seemingly endless natural disasters, the refugee crises in the Middle East, and a greater divide between rich and poor than ever before, the need has never been greater for such a platform. 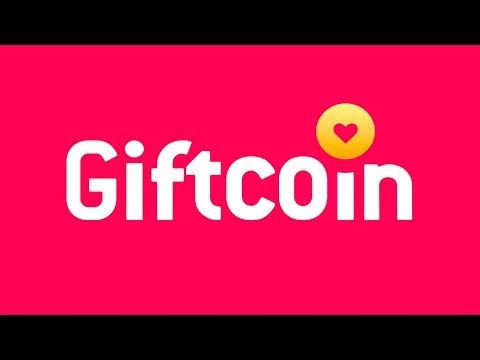 Global charitable donations are more than $500 billion per year. Yet public trust in charities and non profits is at an all time low.
Giftcoin is a groundbreaking new platform that uses the blockchain to revolutionise charitable giving - providing complete transparency and accountability across the donation process.

Having Duschinsky onboard is a huge plus. The ALS challenge was virally explosive and one of the biggest events to transcend the internet.

Blockchain offers an exciting new opportunity to charities. Charitable giving continued its upward trend in 2017, as an estimated around $500 billion was given to charitable causes. The overall size of charitable contributions is a further testament to the integral role charities play in the world, a role which continues to grow. Historically, charitable giving from individuals accounts for over two-thirds of all donations. If you add gifts from bequests, then the category accounts for nearly 80% of all giving.
The fact is that blockchain technology is rapidly developing and disintermediating markets and the charity sector will be no exception. Organisations that use blockchain technology can enable supporters to track the impact of donations, building trust and confidence. Giftcoin’s platform has been designed specifically to enhance the way people donate. Donations made on the platform are converted into the Giftcoin cryptocurrency, allowing the subsequent path of the contribution to be tracked from end-to-end using blockchain, while providing reliable proof of transactions. In other words, the Giftcoin idea aims to revolutionise the charity sector through the implementation of blockchain technology, transforming the way that donations are received and tracked. Giftcoin wants to offer a wide selection of trusted charity organizations with precise tracking of your money and low commision to make even more people donate their money to good causes. The Giftcoin network has some new features compared to current public blockchains and does not need to be an off-the-shelf blockchain or distributed ledger. In order to find the most suitable network, the developers of MVP are going to choose among the following possible baseline technologies - R3 Corda, Hyperledger and Ethereum. Investment is currently being accepted from investors and high net-worth individuals with a minimum investment of USD10,000 for bonus tokens and a special 50% discount. Giftcoin is running a Token Sale 1 or Initial Coin Offering 1 starting 20th March. The company says that funds raised through the Token Sale will be used to bring a beta version to market this summer with a number of charities already signed up, including English Heritage, Ourmala, Grief Encounter, Best Beginnings, Scotty’s Little Soldiers, Enhance the UK and The Optimum Health Clinic Foundation. 1 billion tokens of Giftcoin will be minted. The hard cap for Token Offering 1 is to sell 10% of the tokens (100 million tokens) at a price of 0.10 USD a token. The ICO’s funding target is 2.5 million USD with a funding cap of 10 million USD. It supports BTC and ETH as its accepted currency for making payments. If the minimum of 2.5 million USD is not achieved all funds will be returned to participants. A second token offering will be delivered in October 2018 to support a global rollout of Giftcoin. There is a clearly defined and understood business model. WP is readable and well laid out. It is simple but persuasive and professionally written. The website is certainly colourful, neat and well presented. It is easy to navigate with the ICO, roadmap, team, contacts, video blog hyperlinks on the home page linking to more detailed information. A strong presence on Social Media is usually a good indicator of company’s popularity. The number of participants in the Telegram chat - 1,341 members, Instagram - 87 followers, Twitter - 1,418 followers, Facebook - 5,901 followers. These numbers are not particularly remarkable, it highlights the need for more work on the ICO’s part. Giftcoin project is founded by veterans of the charity and tech industries. I want to mention two persons - Alex Howard created UK charity The Optimum Health Clinic and Tim Bichara is a co-founder of fintech start-up Q App, which last year was acquired by Yoyo Wallet. The GiftCoin team is being advised by charity, legal, technical, compliance, press & PR, investment experts and specialists. A brief bio is displayed with every photograph and almost all persons have a link to LinkedIn profiles. Overall, the team appears to be solid, relevant, and capable. There are not many start-up companies that are interested in charity, so this can be a one-time chance for you to invest in one of them and help them support the people in need later. I think Giftcoin is a fantastic project that really stands out among ICOs. As long as market sentiment is strong, Giftcoin should do well out of the gate.

Charity is good, but the use of blockchain is doubtful.

Our team consists of proven startup veterans. We are a mixture of enterpreneurs, engineers, designers and blockchain enthuasiasts. We are connected by our great passion and commitment to making a difference in the world.

We are launching an ICO to allow Nonprofits to accept cryptocurrencies and ultimately r...