The Next Big Thing In Gaming

GAWOONI is a publisher and developer for mobile and online games with a special focus on emerging digital markets like Southeast Asia and India. GAWOONI will launch in 2018 its own Gaming Platform, a complete Games Ecosphere which will unite developers, publishers, advertisers and gamers in one place. The GAWOONI games Ecosphere is build around the utility token GWON and the GAWOONI Coin. The Coin is the ingame currency which can be used across all games and services. GWON tokens can be converted into GAWOONI coins and vise versa. This means gamers can spend and earn coins respectively GWON tokens which is the next big thing in gaming. 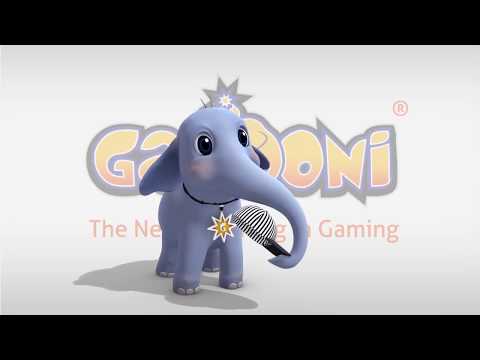 Most of the game developers these days don’t have access to huge development budgets. They are independent from major game publishers and try to self-publish their games. That‘s why they are cal- led „Indie Games“. With the rise of digital distribu on via Online Gaming Portals or Mobile App Stores, even smaller developers are able to publish their games worldwide. They can publish by their own e orts.

GAWOONI is opera ng in the Mobile Gaming and Online PC market. Also here you can see a trend towards mul million dollar (AAA) produc ons from big publishers and games with regular develop- ment budgets. AAA game produc ons usually excel in great 3D graphics, huge content and a big live opera ng team. Nevertheless, all of this is not a guarantee for success. In the end only long term mo va on, cool ideas and funny gameplay are the key to success. Here also Indie Games can be very successful with simple but challenging game concept.

GAWOONI games always have a unique idea and a link to the real world. More than 70.000 gamer on Facebook are eagerly wai ng for the release of its game „Tuk Tuk Rush“. It has no AAA development budget but a great idea and a funny gameplay.

Director / Member Of The Board

Director / Member Of The Board

Tuk Tuk Rush (Mobile, PC)
A ride in a Tuk Tuk is unforgettable. Anyone who has been to Thailand knows these little mini taxis recklessly weave through traffic. A Tuk Tuk ride is great fun and we want exactly this fun convey in our game. Here you can create your individual Tuk Tuk and experience the fascination of Thailand. You will get to know more than 40 amazing sites of the country. Tuk Tuk Rush is the ideal game for all those who want to discover the fascination of Thailand in an interactive and playful way. It is the first time that a game mixed up with an interactive travel guide.

GAWOONI Games Ecosphere. The first version of the platform will be available and deliver new opportunities in gaming. The GAWOONI developed games will be listed as well as games from third parties joining the ecosystem. Further GAWOONI will invite its high users to new experiences: They can give input to new games, test them and be early adopters with bonuses from the use of their GWON tokens. Jungle Rush (Mobile, PC) Do you want to play a challenging Match3 game and learn at the same time something about endangered animals. Great, Jungle Rush is the right game for you. We are featuring 10 animals in the game and partnering with animal care associations around the world. We hope that many people will get inspired by our game and start some action to help and protect the featured animals.Casino Rush (Mobile, PC) Jump into the fascination of slot machine gaming. More than 20 themes will guarantee a lot of action and excitement. And the good news, the coins you win in Casino Rush, you can use in our other games running on our GAWOONI Games Portal.

Naval Rush (Mobile, PC). Naval Rush offers furious action on the high seas. As a captain you have to equip your ship and compete against countless enemies. Naval Rush is a strategic action masterpiece. The maritime steampunk setting creates a unique atmosphere and the great variety of ship designs as well as the tactical possibilities in the game will create excitement amongst gamers.

Crossy Rush (Mobile, PC). Master the traffic on the busiest intersections in the world. The most popular intersections in the world are being recreated in this game - something never happened before - fun guaranteed !!! This game is build with massive input from the community. We are building and simulating the intersections suggested and voted by our community. Maybe your town is also featured! World Street Domination (Mobile, PC).
With World Street Domination we would like to create a game for all fans of Arcade Fighting Games. When we were young we played Arcade Fighting classics like STREETS OF RAGE and DOUBLE DRAGON. Now we would like to develop a game inspired by these classics but brings latest gameplay & features and add our own ideas for a challenging and motivating gameplay. World Street Domination is not a serious fighting game. It is a funny arcade fighter connected to real world locations - Lets get ready to rumble in the streets of Mumbai, Bangkok, Shanghai, Tokio, London, Rio de Janeiro, New York and many others.