The First Global Alliance of Merchants

GAMB is a self-governed and decentralized ecosystem for e-commerce, driven by smart contracts, enhanced by open source development and empowered by the first Global Alliance of Merchants on the Blockchain. This revolutionary concept is backed by GAMBIO - the #1 e-commerce software provider in Germany with $2.8 Billion annual shop revenues reported in 2017. 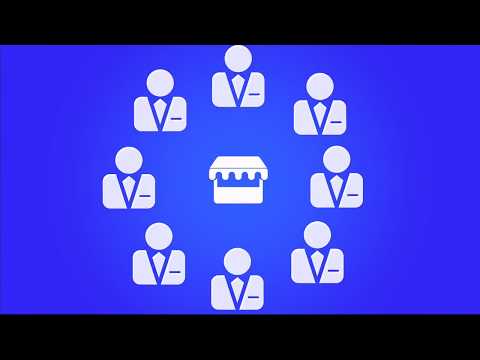 The company leverages a global network of strategic partners, including tech and logistic giants such as Google, Klarna and DHL. The company is witnessing unprecedented centralization of economic power by leading tech giants such as Google, Amazon, Facebook and Apple (GAFA). Amazon takes the lead with 55% of all product searches. Globally more than 4 million merchants use the Amazon marketplace and underlying services as sales channel.

Centralization of commerce is a real threat to online and offline merchants alike. Merchants can be blocked and voided of any services, be it commerce or advertising by Amazon-like monopoly powers.

Gambio, with its growing merchant base, is in a unique position to lead the industry into a sustainable alternative to Amazon, based on open-source software powered by blockchain technology. We firmly believe that merchants need to be empowered in order to provide the best products and services to consumers.

For above mentioned and many other reasons, we are introducing GAMB – the Global Alliance of Merchants on the Blockchain. GAMB is powering the decentralized marketplace of the future, ultimately governed by smart contracts, with no decision making unit other than the owners of the marketplace themselves. Merchant Alliance members (token holders) propose rules and regulations which - upon approval - can be programmed into smart contracts, so that transparency, trust and sustainability are guaranteed.

The project will be executed by a team of professionals with many years of experience in big scale e-commerce projects, supported by a multidisciplinary advisory team.

Large team, but just one with successful past experience of blockchain project.

The vision sounds very similar to many new sprouting projects, making it one among the many.

No MVP to assess either. 18 days to ICO and I feel there is a long way to go.

The support of already existing companies and in this case software providers, is becoming more and more mandatory for the success of a project, and this is why Gamb has what it takes.

If we start analysing in details, there's always room for improvements, but the whole aspect of an ICO is to gather the funds, to be able to proceed with the product development which is what supporters of a project seek and should be after.

Team is strong and huge, same goes for advisors.

Team is big and strong, however, it is better to have a diversified team of advisors. Now, most or maybe all are German based on their names.

Vision is not new to me but it is good to be backed by Gambio. If you want to expand it globally, your team needs to be diversified at least.

Product is hard to assess when MVP is not available. Happy to adjust my rating once the MVP or Beta version is up for testing.

The robust team with core competencies stood out when I reviewed the whitepaper and website.

The success of the business is in the execution and hence founders' skills and industry knowledge is of paramount importance.

I can envision the final prototype to have a disruptive effect on the present ecosystem.

A serious business with a real mission and experienced team to make it happen.

There is a lot of activity in the ecommerce space and a lot more volume to do. The well executed plan will prevail.

Good and full team, both members and advisors too. The vision is good too, such as other blockchain project, but GAMB has got more based-power thanks to the existing and live company, good luck!

Marketplace + blockchain makes for one hell of a combination. The team has experience in the ecommerce software biz and I am sure they can replicate their success here using blockchain. All the best!

An astonishing 83 per cent of all product sales globally start with either Amazon or Google.
4 million merchants use the Amazon market place and the platform dictates prices and terms and conditions for sellers, subordinating merchants on a global scale. The online share of retail is growing, along with the power of Amazon.
Gambio has produced open sourced software and is looking to the GMB token and smart contracts to administer a sustainable alternative to Amazon under the new Global Alliance of Merchants on the Blockchain.
They are looking to create a decentralised, organised marketplace which will in the future be controlled by merchants themselves. Merchants globally will participate by owning GMB tokens.
In the future, the platform will supply an agnostic ecommerce solution along with listings, SEO etc, regardless of the ecommerce software.
The Gambio ecommerce marketplace is preeminent in Germany. They have 25,000 active online stores and an annual turnover of $2.3Billion.
Those who win in ecommerce need to (i) offer a competitively priced product and / or (ii) a unique product and (iii) awareness.
The platform is set to succeed by combining the content of many retailers’ inventories to produce a large product catalogue with lots of unique content and a high level of customer ratings. Consumer protection for physical and virtual purchases will be provided in a GDPR-compliant environment. I would be interested if this is going to be through one new large website or through connecting the ‘back ends’ of thousands of websites or maybe both.
These retailers will become members of a new organisation called the Global Alliance of Merchants on the Blockchain and the blockchain functionality be used to manage the membership. Also, loyalty elements eg 5% benefit to those who refer merchants to others, will be handled by the GMB tokens.
Gambio is the most popular ecommerce platform in Germany, ahead of Magento. The firm has 56 employees, with 70 per cent in development and support.
The TGE event is about to start and they have a soft cap of $5Million and a hard cap of $30Million.
This looks like an excellent proposition. The white paper is clear and concise. A successful and powerful business is looking to take a leadership position in the marketplace and share learnings. The platform will be ‘ecommerce software agnostic’ which is what it needed. I like the fact that the white paper states what stages would occur depending on the level of funding. Also, their plans allow for fluctuations in the price of ETH. Finally, they say that unsold tokens will be shared with all contributors. They are already thinking about strong customer service, which will go down very well in an industry that lives or dies by its smooth interaction with others.

Onboarding of 9,000 Spanish merchants and expansion into Spain.

Onboarding of 13,000 French merchants and expansion into France.

Onboarding of 13,000 French merchants and expansion into France.

Onboarding of merchant base in Poland, Italy and UK.

Onboarding of merchant base in Sweden, Denmark, Netherland and Belgium.

Onboarding of merchant base in Turkey & Malaysia.