DNN, or Decentralized News Network, is a news platform, combining news creation with decentralized networks to deliver factual content, curated by the community. 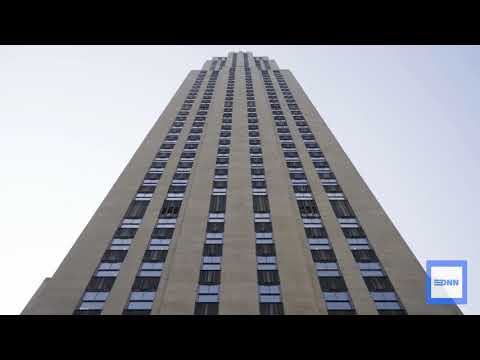 A decentralized news network backed by incentives for individuals to create, review, and consume news. The primary innovation of blockchains is a verifiable and cryptographically secured global ledger that can lead to new types of incentive structures. Developers can take advantage of the Ethereum blockchain to build applications that are not only architecturally and politically decentralized, but are underpinned by tokens of value. We propose a network in which writers produce news content that is reviewed by fact-checkers before being published on the network without the risk of being taken down. All parties involved in publishing a factual article will be rewarded with tokens in a self-sustaining environment that thrives on tangible activity and accuracy of content rather than on advertising revenue and corporate interests.

Why is a need for DNN?

How does DNN address Fake News?

How does DNN address Censorship?

Why DNN will work?

What are the Benefits?

How does the system work?

Get in Early Token Sale Structure with cumulative bonuses for everyone

The following are the bonus ranges based on percentage of funds raised that reward contributors for purchasing DNN tokens early on and throughout the duration of the public sale.

Example 2:
Assuming that a user put in 1 ETH at range 1 and the total funding of the project reached 30% of the goal; the contributing user would be entitled to 20% + 30% bonus. In other words, 50% bonus of DNN tokens will be issued to them.

Mofassair Hossain
CEO and Founder Perhalic, ICO and IEO Advisor, Investor, PR and Marketing Expert
Rated on Jan 23, 2018
4
4
4
5%
This rating's weight is reduced by 50% as there is no review added.

Tyler Sanford
Marketing | Campaign and Community Management
Rated on Feb 26, 2018
4
4
4
5%
This rating's weight is reduced by 50% as there is no review added.

Can the media earn on payments from subscribers so much to feed itself? Only if the key journalists work for the idea and refuse many times more large salaries in other media.

I dont like parts like this which can lead to a dump so low team score
14% of the DNN token supply will be distributed to various advisory firms and individual advisors,who have helped with the conceptualization and implementation of the DNN platform. These tokens will be dispersed without vesting, during the presale period.

Founders all vest over 10 montsh and roadmap at least 18 months so gap here.

Great stuff guys. I support anything to help my fellow writers and journalists!

P.B. Stanton Esq.
Securities and Banking law | Former US Marine JAG Officer | Complete legal advisory
Rated on Jan 23, 2018
4
4
4
3%
This rating's weight is reduced by 50% as there is no review added.

Brief conclusions of from our review for an investment club.

The idea and the product, when and if they will be delivered, will disrupt the targeted market. It is certainly a positive disruption for the society and hence will have a good reception, if implemented properly.

Team:
1. Has relevant experience and confirmed skills to design and deliver this project.
2. We failed to confirm enough workforce to meet the goals in time.
3. Team has strong business and vision advisors, yet there may be not enough reach and influence over the ICO investors community. Some industry specific advisors can certainly improve the ICO results.

Vision:
0. Strong vision in general, see the preamble.
1. We had a hard time with DNNs go-to-market strategy, it looks neglected. Backbone of the current media are advertisement[ and lobbyism], and it is unclear how the competition will work against the current players here.
2. We liked the Game Theory section, yet it may use more exemplary approach, since concepts there seems to work in the abstract environment, yet they will probably struggle with some real world problems (this part of weaknesses analysis is missing, yet we can see several different types of manipulation, which may occur if one or another property of community will be imperfect, damaged or won't fall under the laws of large numbers, which is all probably at all stages of the project development).

Product:
1. The product is in the Alpha (or Beta - it depends on the definition) stage.
2. Product have an interestinf design, several unique features, some (quite few) test users.
3. UI/UX is far from the production.

Overall an interesting project, I recommend getting tokens at the max discount and wait the public ICO ending to sell. Long-term perspectives are not that clear though. If the long-term strategy will be developed and supported by a verifiable market research and clear calculations, that may be a great story.

The idea of a decentralised News Network is really good. This would lead to more freedom of expression, making it uncontrollable and uncensored.

The whitepaper is complete and the roadmap is well structured and sustainable. An alpha version of the news platform is also available.

I think the team has too few members, but I hope they will still be able to achieve their goals.

I love the idea of immutable news with clear cut identification of the sources.

The idea itself is interesting but the realization is under question.

Undoubtedly, people are in need of a factual content more than ever, but it seems like the usage of the platform complicated by a large number of actions needed.

A small note about the lending:
it is impossible to find such important information as a roadmap, tokens, distribution of funds, etc.

A project that started 18 months ago with a solid team. Competition is high in the industry but I believe that DNN will be performing on a niche where readers and writers relation is bi-lateral.