This is a free-to-play online survival game. The player get tokens for achievements in the battle, that have value in the real world. 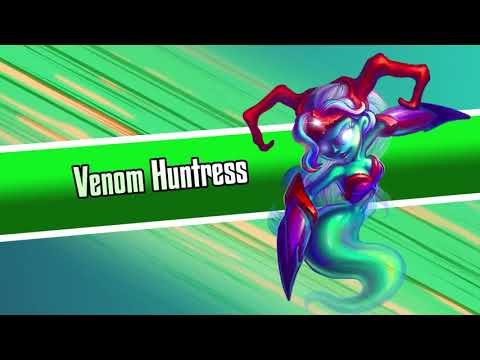 In CryptoSoul, we use a new economic game model focused on the player's earnings. The player get tokens for achievements in the battle, that have value in the real world.

Main results for the year of the project

What we will release for the funds raised

60% Market place
The ability to trade game items for CryptoSoul

The guys are just completely unprepared. 18 pages funny looking presentation is not the WP. Business approach should be implemented. Investments and law professionals should be added, otherwise it is not worth trying to fundraise. No link to the MVP?

Sergey ZasorinICO team member replied on 2 Nov 2018
Thank you for review.
We have MVP product, you can find the alpha-version here: https://cryptosoul.io/download/pc/CryptoSoul.zip
According to statistics, 3 thousand of unique players from all over the world are playing actively in our game today and DAU is 600 people. Moreover, we plan to launch CryptoSoul on Steam in January. Our token is already listed on Mercatox and Hotbit.
As for WP (SoulPaper in our case), the main idea was to explain our goals and ideas in the most interesting and simple way for our players.

Have you started generating revenue?

I will be willing to improve the rating if the team responds.

As for first question, we will publish the detailed information about it on website very soon. Shortly, this money will go on launching on Steam, also development of mobile versions of game.

As for second question. We haven't made any token sales before. We've been working on our own sources for about whole year and for that period of time we managed to develop MVP , which already brings money to players, but not dev team. Our goal is to build economic system which will be mutual profit for all parties.

If you have more questions - I will be happy to give answers.

Interesting game ! How do they plan tongrow and engage users and how much revenue do they have ? What type experience does the team have ? The have less than 1000’Dau?

Sergey ZasorinICO team member replied on 13 Nov 2018
Thank you for the review!
There is a referral program integrated into our game, so users invite their friends to play together. It's profitable and fun to have battles with friends. The revenue of each player depends on his affords and playing skills. Moreover, there are daily tasks available in CryptoSoul game, so the player can get points just completing that tasks.
As for the team, members have a good background in game development, marketing cases. This information is available on their Linkedin pages.

I admire the team’s boldness and idea of course. Very basic website and WP. Although I feel the project needs work, gaming does have a future in the crypto world especially when you can actually gain profit from it. I believe that once this project hits Steam it will get a greater following as that platform is literally like a main hub for gamers. 1K ETH as a hard cap is logical for a project of this magnitude. I believe it’s possible to achieve your roadmap goals and I also believe that your crowdfunding will attract a specific crowd, perhaps marketing will help in that avenue. All the best!

Sergey ZasorinICO team member replied on 20 Nov 2018
Thank you, Simon, for visiting our website and reading the WP, we appreciate it. We are working to be better everyday. All your feedbacks are constructive and valuable to us and we will go on working on the project.

This project is going to be fun.
It is well thought out for the market because they have plans of "burn" and "lockup".
I hope that it will not become a "reality money power = game power".

Interesting to see a gaming ico go from the game pov vs tokenising already existing games. Haven't tried the game yet but heartening to know that they already have 3 thousand of unique players from all over the world and they are planning to launch on steam. Wishing them all the best.

Sergey ZasorinICO team member replied on 16 Nov 2018
Thanks a lot! We will be happy if you try to play our game
https://cryptosoul.io/download/pc/CryptoSoul.zip

Token integration in the game