To Create a World Where Humans Can Trust AI

Connectome is a technology platform to realize human-like AI assistant, “Virtual Human Agent” (VHA). By harnessing the Artificial Intelligence (AI), Game AI (human-like intelligent NPC technology), blockchain and human sciences, VHAs can, amongst other things, be personal assistants, the cornerstone of productive organizations and companies, assist in healthcare, and be the future of human-technology interaction. The goal is to create a future where humans can trust in and live alongside AI technologies that will increase the quality of communication between humans, as well as between humans and technology. 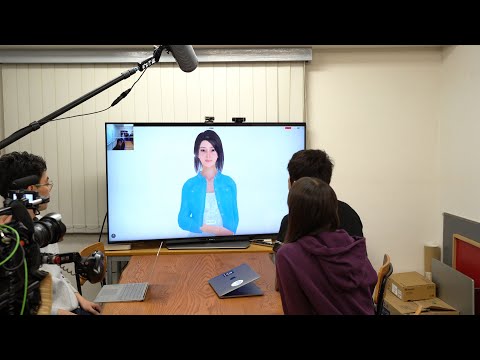 Connectome allows the users to interface with a familiar AR-enabled Virtual Human Agent (VHA) that can behave like humans such as detecting objects, recognizing sounds and reacting in real-time across devices and locations.

Connectome is an ambitious project that will provide a seamless user experience between their home, place of work and all the places in between including vehicles, shops and transportation hubs.

The world has transitioned from personal computers to smartphones, and today we see new devices like smart speakers emerging. Now, VHA will be the next-generation of interface that can naturally communicate with humans.

In order to make VHA more widespread around the world, we provide creators with a platform for the development of VHA and a blockchain-based distributed marketplace. This allows individuals and corporations to use VHA to make use of services in the real world and the virtual world. The possibilities are endless -- VHA could be used for entertainment like games, for concierge applications, or to act as a friend that chats with you.