ClearPoll is a great new way to have your say. Simply install the app, browse for polls, and vote on global, national or local issues. It’s quick, easy and most of all – secure. Using blockchain technology, your votes cannot be tampered with. The results of a poll are also 100% secure. 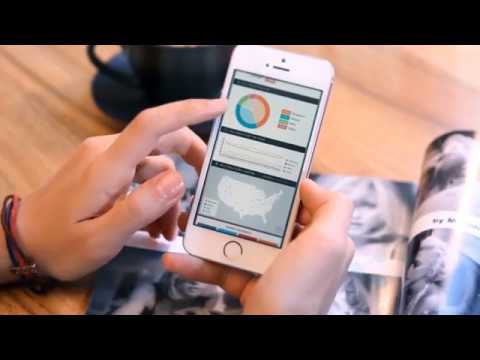 ClearPoll aims to provide more accurate public opinion data. We do this by allowing wider participation, by making polls easily accessible via our ClearPoll app. We allow our users to vote on topics, and then the topics with the most votes become active polls for everyone to vote on. That means that people are deciding what matters to them most, and then people are voting on that issue. There is no one person or corporation making decisions on which questions are asked, or which poll results are made public. It is an incredibly transparent and accurate way of gauging public opinion.

We intend to use blockchain technology to record votes on polls. This means that once a vote has been cast on a poll, it is sent to the blockchain, and cannot be changed or removed. Final poll results are also stored on the blockchain, meaning poll result data is final and 100% publicly viewable by all ClearPoll users. Nobody can hide or manipulate what the general public has to say.

ClearPoll will redefine how public opinion is measured and reported. This will have a strong influence on mainstream media. It will be far more difficult to persuade the general public to think and feel a certain way, when we can all observe the data that ClearPoll, the new consensus in accurate and current public opinion, will provide. As well as encouraging a more transparent and accurate media, the data provided by ClearPoll will allow corporations, governments and other groups to properly strategise and respond to accurate public opinion data. If a government does not understand what its people want, it cannot possibly provide the best solution. ClearPoll will make it easy for everyone to quickly find accurate public opinion data. It will provide a clear picture of not only what people want, but perhaps why they want it.

A solid all round ICO. A good team in place who are leading a project which has a good and clear vision ahead of it. The concept is also extrememly interesting

Ricardas Bernotavicius
ICO expert. Investor. Founder at IUNGO.Network and few other companies in MedTech and IoT sector.
Rated on Dec 17, 2017
5
5
5
7%
This rating's weight is reduced by 50% as there is no review added.

Generate POLL tokens and distribute to all investors via their ETH address. Early Nov. Submit applications to list POLL on exchanges including Bittrex, Binance & Cryptopia. Commence development of ClearPoll app, ClearPoll Plus and desktop version.

Develop node software, a system for users to become nodes and earn rewards.