BitTorrent (BTT) allows content creators to connect with their audience, earn and spend digital currency without a middleman. By connecting the BitTorrent peer-to-peer network to the TRON blockchain, we offer a new experience to over 100M+ users. 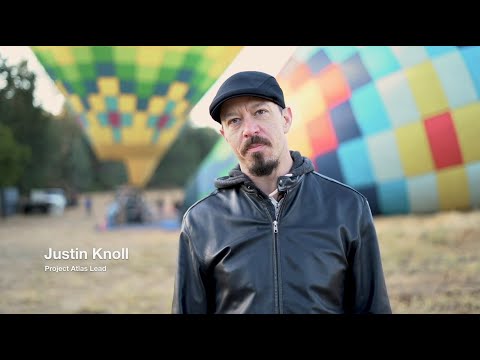 TRON Foundation and BitTorrent Foundation are introducing a new cryptographic token called BTT along with an extended version of the BitTorrent protocol in order to create a token-based economy around the usage of networking, bandwidth and storage on hundreds of millions of computers on the internet. Our initial entry point is to introduce token-based optimizations to the existing BitTorrent protocol providing a way for the value of sharing bandwidth and storage to be captured by network participants beyond the point at which the current protocol no longer values it. Our longer-term vision is to broaden the usage of BitTorrent far beyond current use cases to provide a distributed infrastructure platform to third-party app developers and to enable consumers to continuously distil small amounts of value from their devices by allowing others to make use of their spare resources. The first step in our project will create a market-driven mechanism to enable consumers to collaborate to optimize and prolong the lifespan of existing BitTorrent swarms. Using additional extensions to BitTorrent we will subsequently open up opportunities for distributed app developers to launch new apps making use of infrastructure provided by existing BitTorrent clients which already constitute a distributed networked storage platform of unprecedented scale.

These new apps will be able to offer incentives (BTT) to users in return for access to cost-effective platform resources comprised of an incredibly broad collection of already-deployed network endpoints. The position of these endpoints at the very edge of the Internet will have the additional appeal to developers of being extremely difficult for net-neutrality adversaries to interdict. Finally, the ability of consumers to capture the value of their contributed computing resources within a cryptographic token will give rise to a completely new transactional mechanism for internet consumers that is distinct from either their attention or their credit card. With over 100 million monthly active users and millions of additional new installs every week, BitTorrent already manages one of the largest distributed computing ecosystems on the Internet. By integrating BTT tokens and transaction processing we will both address existing limitations of BitTorrent and open up a whole new borderless economy exchanging value for compute resources on a global scale. This will be a realization and extension of the vision expressed by Satoshi Nakamoto in the original Bitcoin white paper on its tenth anniversary.

The TRON Foundation and BitTorrent Foundation are legal entities incorporated in the Republic of Singapore.

This is a historical IEO for all crypto world, the first one Binance made. Team, vision, product... Justin Sun and Binance support... Despite it dumped from its short term ATH it has still been highly beneficial for early supporters who were lucky enough to buy its tokens in its IEO.

Viability: supported by millions of users (China and Asia) and reached the too big too fail level. However, adoption (move to token use) could be a challenge the first month.

Product: Based on TRON platform with the problem we know. This will be counter balance by the millions of users (a good opportunity for traders)

Team/Management: No doubt of their skills and expertise as they have been working for many years on it.

I wish a successful adventure for this company.

Publish BEPs related to BTT and tokenization of the BitTorrent protocol.
Add wallet support for TRX, and any TRC-10 or TRC-20 tokens.
Experimental dApp integration.