The Internet of Sovereignty

Pangea is a secure mesh network forming a distributed web, accessed through a smartphone-chat user friendly interface. Blockchain agnostic smart contract functionality powers the Pangea Jurisdiction, currently implemented with Ethereum. Pangea is a decentralized market for legal services. Create and execute peer-to-peer agreements seamlessly across the world, resolve disputes fairly and efficiently. Choose an arbitrator, or become an arbitrator in your field of expertise. On Pangea you can create your own Decentralised Borderless Voluntary Nation (DBVN). Choose your Code of Law and Decision-Making Mechanism, write a Constitution and provide Governance Services to Citizens. 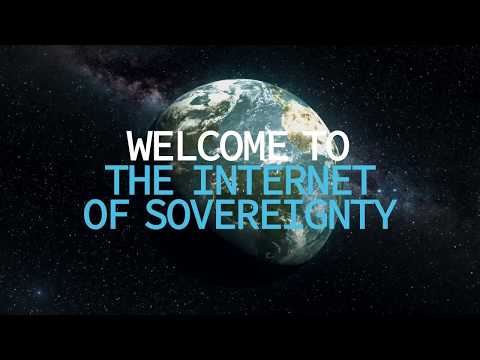 The Pangea Software is a Decentralized Opt-In Jurisdiction where Citizens can conduct peer-to-peer arbitration and create Nations. Pangea uses the Panthalassa mesh, which is built using Secure Scuttlebutt (SSB) and Interplanetary File System (IPFS) protocols. This enables Pangea to be highly resilient and secure, conferring resistance to emergent threats such as highperformance quantum cryptography. Pangea is blockchain agnostic, but uses the Ethereum blockchain for the time being. In the future, other chains such as Bitcoin, EOS and Tezos can be integrated with Pangea.
The Pangea Arbitration Token (PAT) is an ERC20 compatible in-app token for the Pangea Jurisdiction. The PAT token rewards good reputation, and is issued on Pangea when Citizens accumulate non-tradable reputation tokens through creating a contract, successfully completing a contract or resolving a dispute attached to a contract. PAT is an algorithmic reputation token; an arbitration currency based on performance, rather than purchasing power, popularity, or attention.
The distribution mechanism for PAT tokens on Pangea is an autonomous agent, Lucy, which will initially launch on Ethereum as a smart contract. This mechanism is blockchain agnostic and can be ported to any viable smart contract platform. An oracle created by Bitnation will help to facilitate this (semi) autonomous distribution mechanism in a decentralized and secure fashion.

Arbitration and independent digital jurisdiction are likely to have no less value for the entire industry than the ability to make payments in bitcoin, ether, or any other currency. A very necessary product!

Purushotham Maralappa
Consulting Manager at Emurgo, Blockchain and Tokenization advisor
Rated on Mar 4, 2018
5
4
4
5%
This rating's weight is reduced by 50% as there is no review added.

Great team, longtime fan of this project and the dynamic people behind it. Gotta' give it full marks.

World citizenship (marriage, contracts, etc)... Sounds like a good idea but it will be difficult to make people use it. I actually signed up and tried the app and your UI sucks. Please change your Product Manager :)

Good team and good vision. Let's see if it will offer value!