ZPER is a ‘decentralized P2P(peer-to-peer) financial ecosystem’ using smart contract technology. Top P2P lending companies and robo-advisors have coalesced to provide a revolutionary method of fund transactions between borrowers and lenders worldwide. ZPER ecosystem is open to all borrowers, information providers, P2P finance companies, Robo-Advisors and investors. ZPER creates global loan-to-investment platform that is by exchanging data on various values such as applying for loans, providing information on applicants, risk analysis and bond management, portfolio management and funding. This ecosystem is open to all global businesses that provide P2P finance services, Robo-advisors, NPL(Non performing loans) purchasers, data providers and other services as well as investors and borrowers. Participants of this platform will play many roles; connecting investors and borrowers, preparation of portfolios for evenly allocated investment, offering and exchanging information, risk analysis, loan management and altogether keeping a flow of funds. This way, ZPER will bring forth a reasonable and convenient P2P finance platform for all.. 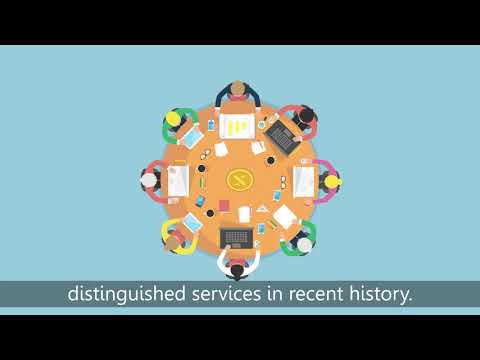 ZPR is a means of value exchanges that all participants of the ecosystem will be using. It will be used for everything happening on the ecosystem, including investment of P2P loans, reimbursement of mature loans and fees for other transactions. Transactions will be kept transparent and independent from currencies and boundaries by the use of ZPR. ZPER token(ZPR) will be the instrument used for all kinds of transactions made by participants in the ecosystem. It will become a highly valued currency controlling flow of funds worth millions of US dollars on ZPER platform. ZPR will enable the fundamental development of P2P financial markets by innovating standards for risk analysis and credit scoring, resulting in reasonable reimbursement for data providers in addition to maintaining transparent flow of funds among lenders and borrowers worldwide. ZPER Team members are professionals of P2P field who have been making great contributions for the development of Korea’s P2P markets from 2015 until the market reached 3 trillions. The team consists of P2P business owners, Robo-advisor developers, leading members of credit scoring businesses. Founding members and directors of Korea P2P finance association grant know-hows of the field to empower our team to lead this global P2P alliance project to success. *In recent days, ZPER has launched ‘Data Science Competition 2018’ since the mid-August 2018 for developing P2P loan-scoring solutions; over 1,000 of data scientists have applied for the competition worldwide. The competition’s host companies include three major P2P financial corporations—FUNDA, Together Funding and MOUDA, and ZIGBANG, the S. Korea’s largest real estate online marketplace. *In November 2018, the ZPER team also successfully developed a PoC test version, ZPERobo Closed Beta Test, for ZPERobo financial platform—a blockchain-based P2P portfolio investment service (expected to launch in 2019), and is going to operate on 25 this month its PoC test with over 15 corporations of major P2P financial service providers, including FUNDA, Together Funding and others, in South Korea.

I will recommend invite 1-2 famous ICO experts which may increase the attraction and impression of the project.

Since there are more than 1000 ICO ongoing or upcoming, a POC/MVP demo will also increase the confidence of investors. Cheers!

Local team will suggest to take some international advisors .... otherwise everything is good .... would be a good one for ICO Industry looking forward how team can execute planning

MelissaICO team member replied on 6 Apr 2018
Thank you for your insight! We are doing our best to recruit just the right expert advisors into our advisory members. Please stay tuned for future developments of ZPER.

A magnificent team composed of top managers of four working P2P platforms in Korea. But the main question is whether such a product as a loan in crypto-currencies will be in demand, given the volatility that exists on the market?

MelissaICO team member replied on 3 Apr 2018
Hello, we appreciate your review!
I hope I understood your question correctly. Just to clear things up, ZPER is not the agency that makes the loans. We are creating an alliance of already existing P2P companies through the blockchain network. ZPR is a medium to participate in our ecosystem.

As for the use of ETH, it is for the efficiency in token distribution while using Smart Contract. BTC does not allow for this efficiency.

Purushotham Maralappa
Consulting Manager at Emurgo, Blockchain and Tokenization advisor
Rated on Apr 9, 2018
3
3
3
4%
This rating's weight is reduced by 50% as there is no review added.

Vlad Skakun
Co-Founder and CFO at CryptoDiffer | Investor| Marketing Specialist| Senior Analyst at Venture Fund
Rated on Apr 15, 2018
4
2
2
3%
This rating's weight is reduced by 50% as there is no review added.

P.B. Stanton Esq.
Securities and Banking law | Former US Marine JAG Officer | Complete legal advisory
Rated on Apr 4, 2018
4
4
3
3%
This rating's weight is reduced by 50% as there is no review added.

Gökhan Koçak
Blockchain enthusiast. Innovator. Leader. International investor. Options and Futures trader.
Rated on Apr 25, 2018
4
5
4
2%
This rating's weight is reduced by 50% as there is no review added.

Phillip Nunn
Entrepreneur | CEO | ICO Advisor | Cryptocurrency Evangelist | Global Speaker | Blockchain Influencer
Rated on May 2, 2018
4
4
4
1%
This rating's weight is reduced by 50% as there is no review added.