ZILLA will act as a gateway for crypto enthusiasts to easily and safely participate in vetted ICOs, while also allowing companies to publicise an ICO more effectively. In the same way Etrade made the stock market accessible to the general public, or Amazon made it easy to buy products online, ZILLA provides a unified marketplace for ICO crowdsales. With more than 1500 ongoing ICOs and counting, it is becoming overwhelming for buyers to compare and verify the legitimacy of various ICOs - and there is no central authority or institution (by design) to act as a reference point. With Zilla, users are presented with a comprehensive list of vetted and comprehensively described ICO projects. Users can participate in their chosen project with a single click, using credit card, cryptocurrency, or other ICO tokens. 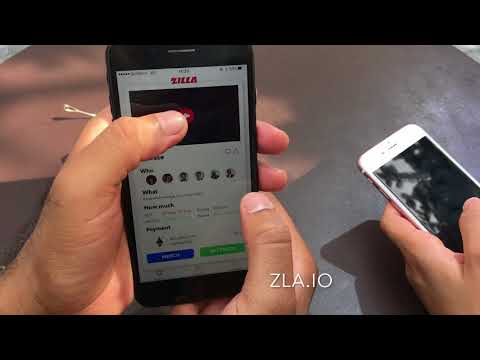 The ZILLA founders share the common vision to create an ICO purchasing platform. ZILLA will act as a gateway for Crypto enthusiasts to easily and safely participate in various vetted ICOs, while also allowing companies to do an ICO more effectively. ICO crowdsales are becoming more commonplace. With more than 1500 ongoing ICOs and counting, it is becoming overwhelming for buyers to keep track, compare, and verify various ICOs. Moreover, the ever growing complexity of the ICO environment for new, would-be crypto enthusiasts is both astounding and paralyzing. No simple consumer-friendly and intuitive platform exists that enables participants to conveniently
grasp and compare competing ICOs.

In addition, there is no central authority or institution (by design) that is a reference point for new crypto enthusiasts. The discovery of new ICOs remains a challenge. Before the decision is made to participate in an ICO, potential participants must painstakingly learn about how proposed projects will work, investigate the backgrounds and qualifications of the team behind the projects, and understand exactly what they are purchasing. The risk of scams and fake crowdsales undermine the credibility of the sector, and the process of completing KYC requirements for multiple projects is time-consuming. These issues reduce the amount of attention each ICO gets, and as the number of ICOs increases, maximizing exposure for quality ICOs becomes more important.

ZILLA makes this entire process simpler, by providing a unified marketplace for ICO crowdsales. In the same way platforms like Etrade and Ant Financial made the stock market more accessible to the general public, or Alibaba and Amazon make it easy to buy products online, ZILLA brings ICO token crowdsales to regular users in the form of one simple app. Users are presented with a comprehensive list of properly-vetted ICO
projects, together with all the information needed to make an informed decision about which projects to participate in. Once a decision has been made, users can participate in their chosen project with a single click.

ZILLA will also be the first multi-lingual app ICO platform that will allow individuals from Japan, Korea, China, as well as English-speaking countries to participate and view ICO information in their own language. We identified those markets to be the hotbeds of the crypto market, and no single ICO platform to-date is inclusive of all these markets.

Nathan Christian
Blockchain Technology Consultant
Rated on Dec 26, 2017
4
3
3
15%
This rating's weight is reduced by 50% as there is no review added.

May 2017 Conception of Idea / began working on ZILLA