Winstars is a decentralized gaming platform with a catalog of gambling resources, the core is built on Blockchain and smart contracts. We rely on simple and attractive games designed for anyone, not even a gambler, with transparent and guaranteed honest results. The goal of the project is to create an international, absolutely transparent gambling operator built on the basis of Ethereum, with the ability to check the history of each bet and game, with attractive affiliate program and the best opportunities to earn on the gambling market. 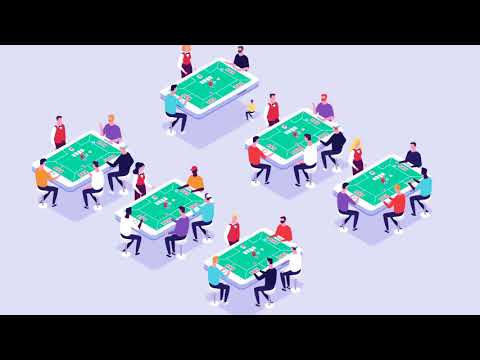 Winstars is a decentralized gaming platform with a catalogue of gambling resources, with its core built on Blockchain and Smart contracts.

We stake on simple and attractive games designed for everyone, not even a gambler, with transparent and guaranteed fair results.

Blockchain technology and crypto currencies have opened new possibilities in terms of safety and fairness of games. Using this simplicity and safety, we strive to create such simple and multi-player games for everyone. The technology of fair gaming results which is created inside the platform, according to an international encryption method, Blockchain based giveaways of prize funds and jackpots open new possibilities for gambling.

Considering reality of ICO market, one of the most important goals of our team is a prompt launch of the platform, which is scheduled to 3rd quarter of 2018, as well as monthly release of intermediary versions according to the Roadmap. Many Blockchain teams allocate 2-3 years till the first release, while our task is the project’s enlargement at  a maximum speed, and a prompt benefit to the users who believed in our platform.  The purpose of Winstars project is to create an international, absolutely transparent online operator built on the basis of Blockchain technology (in particular, Ethereum), with the ability to check the history of each bet, game and the algorithm for determining winnings.

Even though the majority of online gambling market companies are obligated to pay to independent audit companies and regulatory bodies for confirmation of their own  fairness, such regulation cannot solve the problems of unfair attitude towards the end user.

Use and integration of Blockchain technology in the gambling operator’s structure would allow creating an absolutely transparent system that would prevent blocking of a player’s account or obstruction of withdrawal of one’s personal funds. Every user has the possibility to check the history of all bets and any monetary transaction, including payment of a win, and to assure oneself that the operator is honest. Blockchain provides the trust of users to an online casino’s history, and all relations  winstars.io 5 between operators and user take place in the form of smart-contracts.

Apart from solving the trust issue, the use of a decentralized system would allow reducing operational and transactional costs associated with financial part of the  platform’s operation, which would facilitate to a considerable degree the solving of the company’s scaling problems and would foster international expansion.

All of this would allow Winstars to receive a strategic advantage over other companies at the market.

I WILL NOTE THAT THE CEO CONTACTED ME FIRST TRYING TO EXPOSE THE SCAMMERS INVOLVED. CEO MAKES CLAIM THAT ONE OF HIS ADVISORS SCAMMED HIM INTO BELIEVING I WAS GOING TO BE HIS ADVISOR.

WILL WAIT FOR PUBLIC RESPONSE HERE.

Development of project concept, definition of technical implementation, interaction with the Blockchain community and the community of players to draw up the correct project concept, presentation of the project to strategic partners to find solutions to the main problems.

Presentation of the fully working platform with running games to the community and investors, optimization after feedback.

Official presentation of VR-casino to the community (if Token Sale goals are achieved). Holding of a global conference to present Winstars functionality with the participation of all involved team members, partners, and community.

Placement of the tools for third-party developers willing to cooperate with our platform, mobile apps.