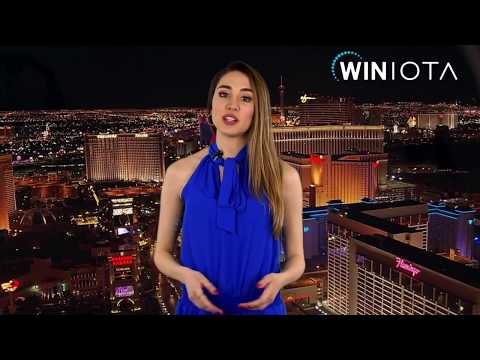 Online gambling is very popular in the fast paced digital world today, with the market volume of online gambling forecasted to reach 51.96 billion U.S. dollars in 2018, more than doubling since 2009. People can play in the comfort of their own homes or offices and can replicate much of the gaming excitement found from playing in traditional casinos, but the online gaming industry has many issues that directly/indirectly originate from the basis of trust. These issues can be anything from the algorithm in random number generators to the  anagement of users’ balance account. Also, if we take a look at the counterparts such as BitDice and Nitrogen Short which are operating on the Ethereum Blockchain, you will see that heavy traffic takes a toll on their operations and also, the users are handicapped by the transactional fees which may take away the immersion of their gaming excitement.

WINiota is addressing the issue of trust and scalability by implementing the provably fair mechanism to all games, inclusive of our sportsbooks, by facilitating IOTA’s tangle, a directed acyclic graph (DAG) for storing transactions in the network. player will be able to “take a look under the hood” at all times; Now users can see everything: transactions, bets, and most importantly, the mechanism of “Provably Fair” which will be explained later on.

Also, WINiota seeks to provide a set of utilities: namely for raffles, gameplay, voting and white labels. To briefly describe, WIT holders are entitled weekly to community rewards chosen by the aforementioned Provably Fair mechanism, in which 50% of profits from WINiota’s casino & betting platform are distributed fairly. Please proceed to Section 5 of the whitepaper for further elaboration of WIT’s utility functions.

First idea of a feeless community Casino on the tangle.

Launched MVP: WINiota is the FIRST worldwide to develop a casino game that uses the Iota Flash Channel technology.

Development of further casino games. Comprehensive development of sports betting platform and AI deep learning model. Exchange Listing. We are in contact with leading crypto exchanges to get WIT listed. After the ICO ends the digital currency will be available for public trading.

Launch of further Casino games like Blackjack, Roulette, Video-Poker, etc. Launch of the Sportsbetting section into the existing gaming platform.

FansUnite is providing a free and open protocol to facilitate fully decentralized sport...