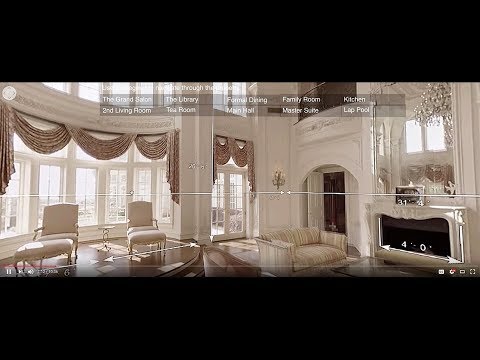 Extended Reality (XR) includes augmented reality (AR), a technology that enhances real experiences with digital overlays of objects and information, virtual reality (VR) a technology that immerses the user in an entirely new reality, mixed reality (MR) which is a hybrid of AR and VR and 3D environments. XR, including hardware, software and services is expected to generate over $200 billion in revenue in 2021 and over $3 trillion in revenue by 2035 creating one of the most significant transformations in the global economy in a century.

Trivver is a comprehensive XR advertising platform built on a suite of patented technologies that will accelerate the adoption, commercialization and monetization of extended reality technologies across devices and industries for all stakeholders in the ecosystem - including publishers, brands, agencies and consumers.

The Trivver platform enables advertisers to engage the rapidly growing XR user population. Trivver’s core Branded Smart Objects facilitate an organic relationship between brand and consumer that will reduce digital ad friction such as fraud and clutter while at the same time delivering an unparalleled capability to measure and manage ad campaigns in close to real time.

The Trivver platform also provides the mechanism for XR content publishers - from game developers to retailers to real estate companies - to monetize their content. Trivver’s XR ad platform enables publishers to index their XR content, creating an inventory of ad spots with a set of specifications to ensure that ad campaigns appear native to the publisher’s environment, and then make that inventory available to advertisers at any scale to generate revenue.

Revenue in the XR category are expected to grow at a rate of over 22% annually over the next seventeen years representing a market of over $2 trillion in 2035 1. This growth will be led by efforts from each of the foremost consumer technology companies, including significant investments in hardware from Facebook and Google respectively through Oculus and Daydream VR headsets and the popularization of AR by Apple through extensive iPhone 8 and X integrations. “Simply put, we believe augmented reality is going to change the way we use technology forever. We’re already seeing things that will transform the way you work, play, connect and learn.” said Apple CEO Tim Cook.

Trivver intends to continue to develop technologies around XR advertising that will help reshape the digital marketing industry and the Company already maintains an extensive library of patents in the category of XR advertising solutions that positions Trivver as one of the most significant potential beneficiaries of the extraordinary projected growth in XR.

A very promising and bold solution in a very hot and promising niche or AR. Team looks experienced to me as well as KYC is there. The only thing that it lacks is properly experienced Advisors that are known to the crypto community. The product could use a little polishing.

I happened to stumble over Trivver when browsing through AR advertising tools the other day. I was immediately intrigued, this was obviously not just another copy-cat within the heavily populated AR/VR ICO-platform space.

Looking closer at Trivvers whitepaper I find a well-written presentation that somewhat lacks on the technical side but does a good job explaining the overall concept and the value proposition of the TRVR-token.

Trivver has a senior and very experienced team. The list of advisors is fairly short and raises some doubts regarding the actual blockchain utility and implementation of the token in the platform. It's hard to say what value DLT technology brings to Trivver other than the tokenization.

This said the use case for the token is strong. The marketplace and rewards schedule makes sense.

I also like the vision of Trivver; I'd love to be able to "build" my own settings with 3D modelled objects, be if for commercials or other applications.

Trivver, being a well-established business, have amassed a range of patents related to their technology. If they can just get the tokenization done proper and implemented in the rewards schedule and marketplace there is a good chance the TRVR token will be a great investment.

Utility Patent for Methods and Systems for Displaying Smart Objects in AR/VR Granted
$4.3 Million in Series A Capital Raised