We are building the blockchain infrastructure for the Internet of Value, Tomochain. TomoCoin is the protocol token to govern and regulate Tomochain infrastructure. TomoChain is an innovative solution to the scalability problem with the Ethereum blockchain. TomoChain plans to support horizontal scaling via adding more second layer blockchains with good performance integrated with Ethereum for backup and atomic cross-chain transfer. TomoChain is envisioned to be a network of chains that supports instant confirmation, and near zero transaction fee which will be an ideal solution for decentralized apps, token issuances and token integrations for small and big businesses. Moreover, TomoCoin is also the native currency within the first project utilizing TomoChain; the decentralized Q&A social network TomoApp. 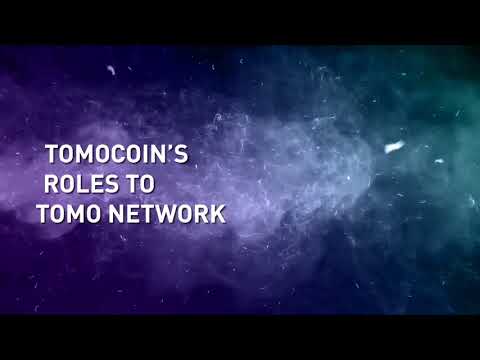 TomoChain is an innovative solution to the scalability problem with the Ethereum blockchain in particular, and with all current blockchain network in general. TomoChain plans to support horizontal scaling via adding more second layer blockchains with good performance integrated with Ethereum network for backup and atomic cross-chain transfer. TomoChain is envisioned to be a network of chains that supports instant confirmation, near zero transaction fee, and smart contracts which will be an ideal solution for decentralized apps, token issuances and token integrations for small and big businesses alike. TomoCoin will be the protocol token that govern and regulate this infrastructure. TomoChain will be a critical part of the alternative financial system based on Internet and blockchain technology which is more secure, transparent, efficient, inclusive and equitable than the traditional regime.

A big part of TomoCoin will be used in a Reward Engine/ Ecosystem Building program as a reward for developers and early contributors. With the Reward Engine, Tomo application users will have a built-in economic incentive to create valuable content that will help “bootstrap” the social network’s knowledge base until a network effect kicks in. At the same time, TomoCoin will gain a fundamental value by being the native crypto-currency of the social network. Each Tomo application account will integrate a coin wallet and will use this credit for financial transactions within the application. The Ecosystem Building program for TomoChain will help to create a diverse set of d-apps and token community utilizing the technology and supporting the development of the infrastructure for the long term.

1. Strong engineering team but not so sure on it's business team.

5. The referencing in your Whitepaper is a bit messy - room for improvement there.

7. TomoChain may wish to pitch in the Business Angel Network BANSEA.org for additional investments.

9. Best wishes for your ICO.

I've some unanswered questions in your Telegram and hope to hear you reply here:
Q1. Any plan to patent aspects of your technology/product?
Q3: Has the company received any angel investment so far (pre-seed or seed)?
Q4: Are the 4 core team members based in Singapore or Vietnam?
Q5. How do you address Identity Theft?

Note: Will revise my ratings after hearing from the team member(s).

I received answers from Mr. Long Vuong (within 30 mins of asking the 5 questions):
A1) We are developing open source software, and currently has no plan to patent the software. The primary strength is based on community and network effect.
A3) I am self-funding up until the recent ICO
A4) the engineering is working in Hanoi. Business and head quarter is based in Singapore. We are all traveling back and forth a lot.
A5) please elaborate

For A5, I further gave this example "Eve is Alice's step-sister and she used Alice's profile to register an account in Tomo claiming that she is Alice. How does your platform detect that Eve is fake?"

Mr. Long Vuong response (within 10 mins):
"This question refers to TomoApp which is actually not a part of the protocol, even though the naming suggests so. So identity system on a TomoApp is likely separated from the private/ public key system on TomoChain."

Has very low hard cap and it is from same creators of NEM. Looks very promising.

The idea looks promising. And the team is strong. Is it going to be the next Ethereum or the next Neo ?

Aims to solve a significant problem with today's ethereum network which is scalability by. Already have a wallet demo available and a testnet running.
I really like the team with many experts in the field. The only downside is that there's significant competition in the field but if they can get their ideas into a working product it can be a disruptive one.

A new blockchain platform for building dApps from NEM co-founder.

Its test-net is working and they have built the first dApp themselves. I love it.

Time will show how they will deal with their many competitors.

Head of Biz Development at The Bee Token

Co-founder of Munchee, an ex-Googler