S4FE is the world’s first blockchain technology based global database for the registration and identification of stolen or lost items. The database is accessible to everyone and enables users to register and search property on the blockchain. Such property could be electronic devices, jewelry, collections, valuables of any kind, documents, sports and hobby equipment, vehicles and machines or nearly any conceivable item representing a value to its owner.S4FE is a freely accessible, blockchain-basedtechnology, global network for registration, search, verification, and identification of (lost or stolen) property. Property means every imaginable kind of „objects“, such as electronic devices, jewelry, valuables, collections, documents, contracts, hobby equipment, vehicles, and machines, or just any imaginable object that is of value to its owner. 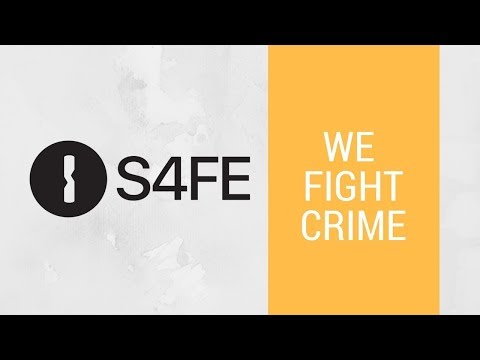 S4FE contributes to the reduction of worldwide increasing theft, illegal possession and the receiving of stolen goods through four basic pillars:

ESTABLISH
a search engine for global search and clarification of ownership of objects.

REDUCE
the commercial value and the traceability of stolen goods with the goal to reduce crime.

REWARD
participation in the network to increase its efficiency.

We plan to establish S4FE as a „first mover“ with this service and to further improve the technological lead of the company and its products in the long term.

We are convinced that this model holds immense potential for increasing property security and reducing crime on a global level by rendering property unattractive for criminal use, as it can be identified as lost or stolen immediately, anywhere and anytime in the future.

S4FE is unlikely to solve growing crime in the world. Considering the appalling dimension of the problem, reducing crime by just 1% would already be a significant improvement for the public and would position S4FE as an important crime prevention service provider.

Foundation of S4FE AG in Vaduz.