Revolutionary Ecosystem for Miners and Investors 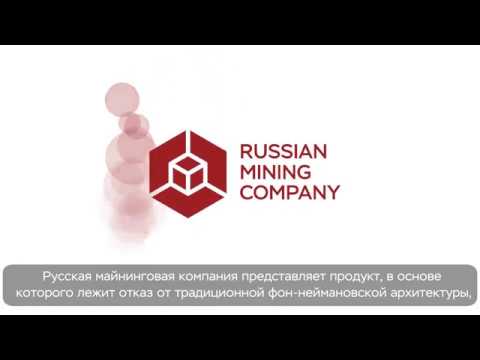 The Russian Mining Coin multicellular processor R1 consists of four cells. The architecture encompasses the cells are independent and identical.

RMC have launched 20 MW in the Moscow Technopolis.

The new qualitative advantages allow us to position the RMC R1 as a principally new and highly efficient product of microprocessor technology. The RMC S1 processor is being created on the basis of the R1 processor.

The Russian Mining Coin rated power of the device based on the Multiclet processor will be 5 GH/s on the Ethash algorithm and 650 KH/s on the CryptoNight algorithm with a consumption of 1 kW.

I personally want to expect what they are going to do.
However, I think investors have no merit.
Also, I think it is very dangerous that KYC has not been completed.

Ideologist of the project

Coordinator of the project

Multiclet develops the mathematical model of a processor and new generation miner.

Presentation of the new Pantech miner adapted for use in Russia. Start of sales through a dealer network.

Launch of work of the Multiclet miners.