A new way to contribute to innovation

Following the Dubai government’s goal of becoming the blockchain’s world capital, Royal Kingdom Enterprise Ltd focuses on contributing to the development of business solutions based on Blockchain technology and Smart Contracts. To achieve this objective, the company promoted an ICO on July 11, 2017 through the commercialization of its Token named Royal Kingdom Coin, represented by the acronym RKC. 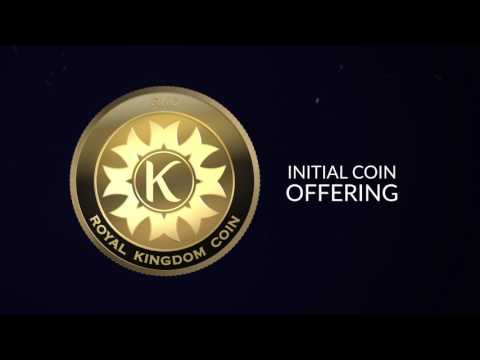 Following the Dubai government’s goal of becoming the blockchain’s world capital, Royal Kingdom Enterprise Ltd focuses on contributing to the development of business solutions based on Blockchain technology and Smart Contracts. To achieve this objective, the company promoted an ICO on July 11, 2017 through the commercialization of its Token named Royal Kingdom Coin, represented by the acronym RKC.

Headquartered in Dubai, United Arab Emirates, Royal Kingdom Enterprise launches itself into the market driven by the innovation opportunity connected to Blockchain technology, acting as a transforming agent in social and corporate scenarios. The organization offers B2B solutions to business customers as their goals and areas of expertise are moving ever more towards the direction of the bright new world of blockchain technology.

This sector has been growing quickly, its activities started with Venture Kingdom, a platform that concentrates financial solutions by providing a payment gateway system associated with a centralized multi-currency exchange. Its next step was the creation of RKE IT Solutions, focused on customization of the white label and development of web solutions for corporate clients.

As the world embraces Blockchain technology, Royal Kingdom Enterprise seeks to deliver innovations such as the first distributed exchange called Tomorrow, which is under development and will have its beta version released on July 24, 2017, so the community get used to it and can also use it to acquire the Royal Kingdom Coin token during the ICO, which starts on July 11 at 22:00 UTC (+00).

In order to move forward with the development of innovative projects, Royal Kingdom Enterprise starts its ICO campaign, so we invite everyone to revolutionize this interaction by developing projects that bring solutions to people and companies around the world.

The Token Royal Kingdom Coin is an ERC20 compliant smart contract at the top of the Ethereum Blockchain. They were issued 15,000,000 RKC, this amount is fixed, no one can issue more coins.

We dedicated a pool of 20% to the public offering of currencies, 2% of this quota being sold in the pre-sale period, so in the ICO it will be possible to acquire 18% of the tokens issued (2,700,000 RKCs) and these will be frozen in the wallets of the purchasers until the end of the initial offer.

It takes an inspired team to build something striking, so each member of our team loves innovation and the idea of creating value as much as we do, so we are united by our mission to build innovative products in one of the industries Most exciting in the world: blockchain technology.