Hello! My Name Is Vera And I'm A Robot

The virtual equivalent of Robot Vera’s services. One VERA token is equal to a single response, which means one candidate for the robot-recruiter, a candidate who is perfectly suited for a vacant position, and ready to come for an interview. At the moment, Robot Vera is generating around a thousand responses daily for more than 150 of its customers. For the purposes of the ICO, we have converted 15.7 million future responses into VERA tokens and will be offering 5.5 million of them for purchase on the market. 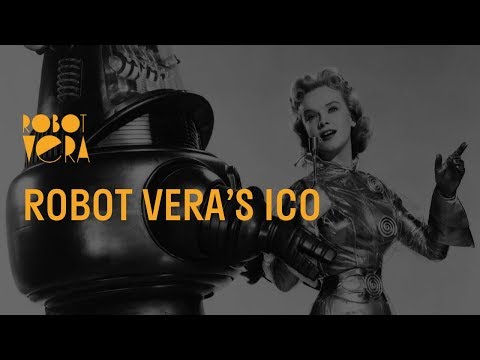 Alpha-version of Vera was released a few months ago. Robot Vera specialises in mass (typical) hiring, and does all the work 10 or more times faster than a human recruiter: three hours instead of three weeks.

Robot Vera is fully automated and saves up to 50% of the costs for hiring employees, Vera also enables the forecasting of such expenses.

Over the last six months, Vera has been implemented by 150+ customers and brought them 60+ thousand qualified responses. As a result — several thousand people were able to find a job.

Each month we receive up to 400 incoming requests for the use of Robot Vera’s services — all that with zero marketing budget. And more recently, the company has contracted four major partners who now re-sell Robot Vera’s services.
Robot Vera is able to recognise the candidate's emotions in video interviews and also conduct conversations in virtual reality (VR). It is also learning to lead a "live conversation" and answer the counter-questions of applicants about the vacancy and the employer.

The company has raised investments from the Internet Initiatives Development Fund (IIDF), one of the most active venture capital funds in Europe. Over the last 1.5 years, IIDF has invested more than $1.1 million into the company.

In spring 2017, the first pilot projects with international customers were launched.

Going live on the US market: selling 10 thousand responses at $30 with the help of a partner, a large recruitment agency. We expect revenues from Russian and the US markets to reach around $800 thousand.
A test shift of Robot Vera to the blockchain - to store complete information about candidates and recruiters.

Connecting to the API of large taxi aggregators to pick up and deliver candidates to the venue for an interview with the employer.
In case of successful tests of technologies, the blockchain memory of Vera will fully migrate to a distributed database for the subsequent launch of new products.

Testing the recommendation system that will rank candidates based on available data, as well as the development of services for candidates.
Test launch in China

Automation of the HR documentation processes, from starting a job to taking a vacation.
Test launch in at least one of the European markets.

Launching new services: the ability to predict the time of the employee's quitting (for employers) and the opportunity to find an ideal job (for candidates).
We expect to end the year with around $8 million in revenues, of which 60-70% will come from the Russian market and 20% from the USA.