The CRYPTOMOVIE platform is completely transparent and has numerous advantages over the existing services of online and offline movie ticket sales. Our goal is to eliminate middlemen and make the CRYPTOMOVIE platform easily available to all business in the cinema industry. The CRYPTOMOVIE app will allow users to buy tickets for all movies and all cinemas across the world paying in RNM tokens or fiat money. CRYPTOMOVIE will allow film production companies and the general public to monitor the number of tickets sold for any film rated by country, city, and cinema chain. 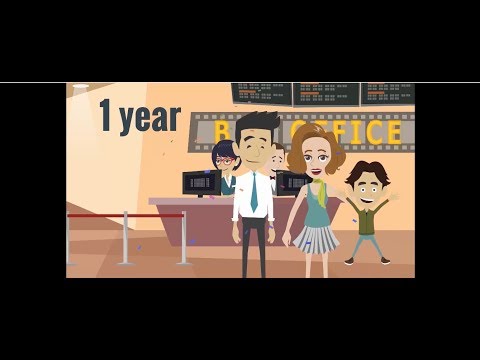 Our 12 years of experience in making and distributing films, as well as our professional team of developers and blockchain specialists will help us create an innovative platform that will be far superior to all existing rivals. To test the beta version of CRYPTOMOVIE, we will use the original sci-fi film rnr, produced by the LAM film company using the funds raised during the pre-sale in November-December 2017.

Production is in full swing, and the film is to be released in 2018. Apart from serving to test the efficiency of the CRYPTOMOVIE platform, the film will involve highly original plot twists and amazing special effects courtesy of the ILM studio in London, which worked on the Star Wars and Iron Man franchises.

5 000 000 RNM tokens of the blockchain-based film project REANIMATOR will be put up for sale by means of an Ethereum smart contract.

Production begins on the sci-fi film REANIMATOR created by the brothers Klaudis and Magomadov.

Launch of the international marketing campaign of the film REANIMATOR

International release of the sci-fi film REANIMATOR in Russia, the CIS, Europe, China, Turkey, and Japan. We are currently in talks with U.S. distributors to sell REANIMATOR distribution rights to the United States.

The hedge fund CRISSE will begin to buy back REANIMATOR tokens using 30% of the box office profits.

Development of the CRYPTOMOVIE blockchain platform is completed.

Official launch of the CRYPTOMOVIE technology.

Signing of the first contract with the Chinese state-own corporation China FIlm Group for the gradual implementation of the CRYPTOMOVIE blockchain platform across 40 000 cinemas in China.

The hedge fund CRISSE will begin to buy back REANIMATOR tokens using 30% of the profits earned from licensing CRYPTOMOVIE to film studios, producers, and cinema chains.