Quizando Live is where influencers, large and small, get to host their own Last Man Standing quizzes in real time via video link. All of a sudden, people with small, medium or even large social media followings have a quick, simple and easy way to make money from their followers. They will no longer have to spend hours making videos and hoping the world decides to watch them. They set up a quiz, promote it to their followers and earn instant money. Quizando Live solves their biggest problem in one fell swoop: how to turn their subscribers into cold, hard cash. Quizando by itself has proven to be a viable and financially rewarding business model, but the addition of Quizando Live will not only take it to a whole new revenue level, it will change the lives of influencers around the globe. And, as we change the lives of influencers, so they will boost and enhance Quizando. As we attract more influencers, they will attract more players and so on until the entire platform reaches a critical mass of hosts, players and profitability. 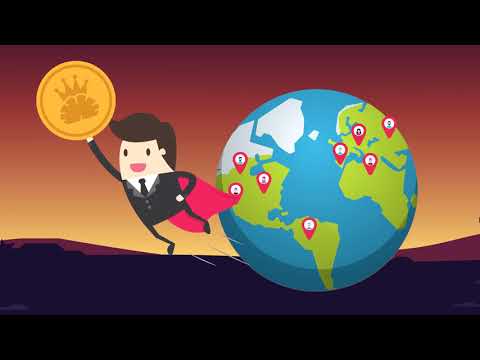 Private placement round for Quizando ICO kicks off.

One of the world’s most widely followed music bands has finalised a partnership in a Malta-based company as it prepares to launch a revolutionary new gaming platform.

The American band has a whopping 11.5 million subscribers on its YouTube channel. Their music videos have been viewed a staggering four billion times, making them the most viewed independent band on the planet. The Boyce Avenue YouTube channel alone is among the top 200 most followed channels worldwide across all topics while they are in the top 100 streamed artists on Spotify.

“We believed in the concept of Quizando since we were first introduced to it a few months ago,” Daniel Manzano explained.

“After testing the site for many months, the team are now in the process of further developing the platform and we decided this was the perfect time to get involved as shareholders.”

As part of its redevelopment, Quizando will be introducing a new version of the game specifically aimed at solving a number of challenges faced by the online influencer community, namely the lack of monetisation opportunities.

“We found this element of the new Quizando to be extremely exciting. We don’t want to give too much away at this point, but it will actually revolutionise the way the world’s online influencers monetise their followings,” Manzano added.

Wesley Ellul, one of Quizando’s founders, said the deal making Boyce Avenue part of the ownership team was a natural partnership.

“From the moment we started talking to Daniel and his brothers we could see how excited they were by our project and how much belief they have in what we are creating,” he said.

“Boyce Avenue are one of the greatest examples around of how to build a solid and connected digital following. Given that this is an area the new version of Quizando will focus heavily on, their input will be invaluable.”

The beta version of Quizando has been live for more than a year during which time a variety of game types and quiz styles have been tested, ensuring the new platform will be ready to deal with the mass market. Despite virtually no marketing of the site, thousands of players have already signed up.

“We wanted to make sure that a market for this type of quiz game existed and test just how extensive it is before moving on to phase two. But even we were overwhelmed by the response,” Mr Ellul said.

“Quizando now has subscribers from more than 50 countries as far apart as the US, Australia, Mexico, China and India as well a complete cross section of European players. Its global potential is huge.”

Quizando is owned and operated by Web Matters Ltd who are currently running an Initial Coin Offering (ICO) for the platform. More information on www.quizando.io.

Quizando will be participating at The Delta Summit in Malta

Quizando Live Development to be Completed