ProximaX is an advanced extension of the Blockchain and Distributed Ledger Technology (DLT) with utility-rich services and protocols, powered by #NEM blockchain. ProximaX combines blockchain, storage, streaming and an advanced consensus algorithm to enable a rich, all-in-one platform for broader cross-industry application and decentralized app development. 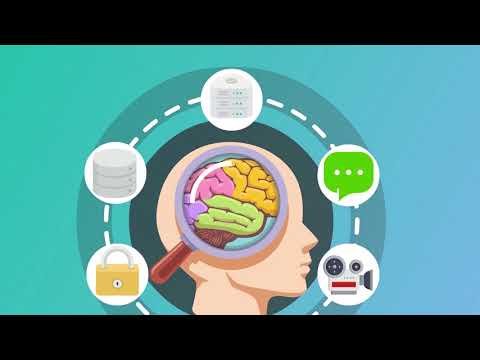 The Internet: a vast framework of interconnected applications, networked systems and mobile devices essential to our daily lives. It’s the primary means by which we communicate, learn, create, shop, work, share, play and manage our finances. We cannot imagine a world without it. Yet the very foundation of this technology, invented over a quarter century ago, is in jeopardy. It suffers from vulnerabilities in scale, security and privacy, and increasingly is prone to fraud. Together these threats will disrupt the technology we have become so reliant upon. Businesses built on centralized computing struggle to keep pace with ever-increasing scale of use, which drives up costs and further limits accessibility to the developing world, where only the elite can profit from the advantages of connectivity.

Challenges in privacy, confidentiality, data security and integrity, and centralized systems have plagued the internet today. Traditional private, internet-related organizations have attempted to resolve these challenges only selectively, as their profit motive is not aligned with that of the consumer interests. The tech giants want their users to “trust” them implicitly without addressing the underlying obstacles.

“Blockchain” Technology, the underlying innovation that powers Bitcoin and NEM, promised more robust decentralized and distributed networks, thus eliminating costly intermediaries and creating a human-powered, interconnected network, but it was not without its flaws. Early versions of blockchain proved too complex, insecure, costly, and unscalable to bridge the gap between theoretical and real-world utility.

ProximaX (pronounced Proxima X), a blockchain-based decentralized platform developed by the people behind the NEM Blockchain and Catapult platform, intends to solve these challenges by using their expertise in an eco-friendly distributed ledger technology, P2P internet protocols and ease of integration API driven architecture allowing DApp developers and businesses to more readily deploy and manage their solutions.
ProximaX extends traditional Blockchain protocols by integrating a number of off-chain, peer-to-peer service components (layers) that are found in traditional SaaS and IaaS based centralized architectures, like content delivery networks (CDN) and cloud offerings. The primary services being that of storage and streaming media - all managed and governed by a robust set of consensus protocols to ensure integrity of the network along with measuring, validating, and incentivizing the decentralized workforce to prosper and grow scale.

By parallelizing all of these services and protocols in manageable, but distinct layers, ProximaX solves for the cost-effective conundrum in Blockchain ledger transactions, whilst maintaining flexibility, ease of adoption and integration, security, and speed. All packaged within an all-in-one extensible framework.

To maintain its integrity and value, ProximaX steps up the game from traditional blockchain and introduces concurrent advanced and complex consensus algorithms with a combination of 1) Proof of Importance (POI), perfected by NEM; 2) Proof of Storage (PoS), for measuring allocation of distributed disk space, and; 3) Proof of Bandwidth (PoB), a costly and more precious commodity in delivery of data and streaming media. Bandwidth measurement is rarely factored into mainstream blockchain projects as a reward metric to the node workforce. ProximaX is changing that.

ProximaX further powers its utility token economy with a native coin, XPX, that allows for a sustainable marketplace for its services - only possible with a best of breed blockchain engine found in NEM that roots from NEM’s Top world-ranked cryptocurrency.

ProximaX is a revolution on top of the existing evolution of Blockchain and DLT with the creation of a utility-rich platform and protocol in which businesses, enterprises and entrepreneurial innovators can avoid costly, failure-prone centralized architectures yet enjoy sustainable and secure service offerings. Content Delivery and Storage, Streaming  Media, decentralized marketplaces, big-data, measurement/analytics, IoT, and flawless record keeping and KYC are just a few use cases for ProximaX.

This is the child project of NEM, lead by Lon Wong, president of the NEM Foundation.

ProximaX is a new blockchain platform and supporting a utility token will help build next-generation peer-to-peer DApp storage and media delivery based on NEM’s blockchain protocol.

ProximaX will also use the entire power of Catapult (a recent engine of NEM blockchain) which allows to developers some functions impossible on other blockchains!

Developing commercial centralized nodes.
Working on media delivery/quality.
Getting the first beta platform out publicly with bootstrapped set of nodes.

Developing commercial centralized nodes.
Working on media delivery/quality.
Getting the first beta platform out publicly with bootstrapped set of nodes.